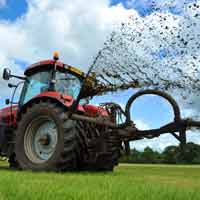 DEFRA has launched an online discussion about how resilient England’s agricultural industry is what and can be done to improve its competitiveness.

It has identified a series of topics which the government is hoping that farmers will give their views on.

The resilience of the English farming industry and the key risks

The competitiveness of the English farming industry

The links and tensions between these areas

What we might do to bolster farming’s resilience and improve competitiveness?

To help give some background to the debate DEFRA has produced a supporting document which looks at the challenges facing the industry.

It points out that agricultural productivity in the EU lags significantly behind the US and, for the UK, it is broadly only two-thirds of the US level.

It highlights that only 25% of farmers currently do any benchmarking which may be inhibiting improvements in productivity.

Other problems raised include an increasing lack of skilled labour and the need to adapt to climate change.