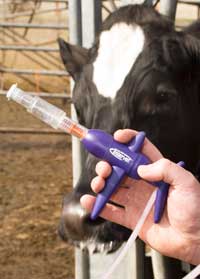 The government is to table draft legislation outlining plans to share the cost of combating animal disease with farmers.

A draft Bill on responsibility and cost sharing is expected in the New Year, said Rosemary Radcliffe, chair of a joint industry and government working group.

But publication of the Bill didn’t mean there was nothing to play for.

“At some stage, probably quite soon, a draft Bill is likely to be published,” said Ms Radcliffe.

“There isn’t yet a timetable, but I think it more likely to be in January.”

The working group has been set up to advise the government on the best way of developing a new body to oversee responsibility and cost sharing.

Livestock producers will be expected to contribute to cost of fighting disease outbreaks.

The draft Bill will outline the government’s intentions, said Ms Radcliffe, but its contents would be subject to change.

The Bill was unlikely to be passed for some time and much important detail would be subject to secondary, rather than primary legislation.

Responsibility and cost sharing is a key theme of the government’s Animal Health and Welfare Strategy for Great Britain.

The strategy calls for an appropriate balance of the costs of livestock health between industry and the taxpayer and a corresponding sharing of responsibilities.

Only English farmers will be affected by the cost-sharing arrangements – which have been much criticised by the livestock industry.

But DEFRA claims its plans have the potential to change the relationship between the sector and the government to mutual benefit.