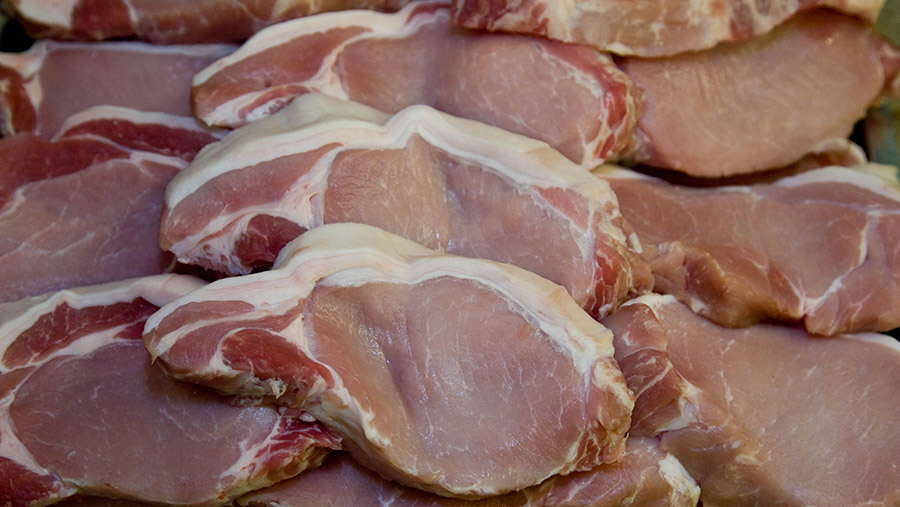 Foreign buyers want UK meat but there is not enough product to meet the strong demand at present, according to AHDB’s head of exports, Jean-Pierre Garnier.

The UK was short on lamb and beef volumes for the EU and short of pork for other countries, said Mr Garnier.

Demand for lamb in particular was strong, but there had been very tight export supplies since August.

“We would like more meat to sell,” said Mr Garnier, speaking at international food expo Sial in Paris last week. “We could do a lot more [exporting]. We have a great product that people want – that’s the bottom line.

“The short term at the moment is great. As head of exports at AHDB, I can tell you I’m delighted – it’s good news for farmers.”

However, Mr Garnier said that during this period of uncertainty around the UK’s trade relationship with the EU, making decisions about whether to increase production needed balanced judgement.

Farmers could increase pork production fairly quickly and easily, but an expansion in sheep and beef tended to be more of a long-term process and investment, he said.

He suggested that beef producers in particular, should consider increasing production only a bit at a time, given the longer production cycle involved.

“Yes, we can export British meat abroad in larger volumes, but in order to do so it is conditioned by a continued access to EU markets,” said Mr Garnier.

Sheep and beef could take more

However, an increase in volumes of about 4% could easily be absorbed while maintaining prices, said Mr Garnier, as the UK had a bit of a monopoly on the product in the EU.

UK beef and veal exports increased by nearly 12% to 71,423t in the year to August, according Mark Kozlowski, AHDB Beef and Lamb analyst.

Pigmeat exports were up more than 19% to 212,384t in the year to August, compared with the same period in 2015, in contrast to falling domestic consumption.

The EU still took more than 60% of UK pork exports in that period, but exports to China increased by a huge 71%, while the volume of offal bound for the Asian giant jumped by 54% to 23,930t.

UK pig prices are now 12.5% higher than 12 months ago, according to QMS, with the weakness of sterling having benefited exports by making the average UK price lower than the EU price.

However, a recent report by Rabobank warned that EU pigmeat exporters would start to lose out on trade with China as Canada’s drug-free pig herd increased pressure.

The UK’s high animal welfare standards were key and could help open up more trade, added Mr Garnier, particularly in the light of big deals such as the one between US fast-food giant Chipotle and high-welfare pork producers Karro Food Group.

“It’s all about the British brand,” said Mr Garnier. “It has to be backed by a story and the British story is very important – all the history – we have to sell it. You will see it more and more in the next few years.”