A fourth-generation arable and pig farmer, it would be easy for Roger Mercer simply do things as they’ve always been done. But the tried and tested methods of farming were not good enough, especially if his sons, Alec and Robert, are to take over the farm as a profitable business.

The Mercers have embarked on a diversification project that has secured the future of their 4000-acre farm in Staffordshire and made sure it offers a profitable future for the family. 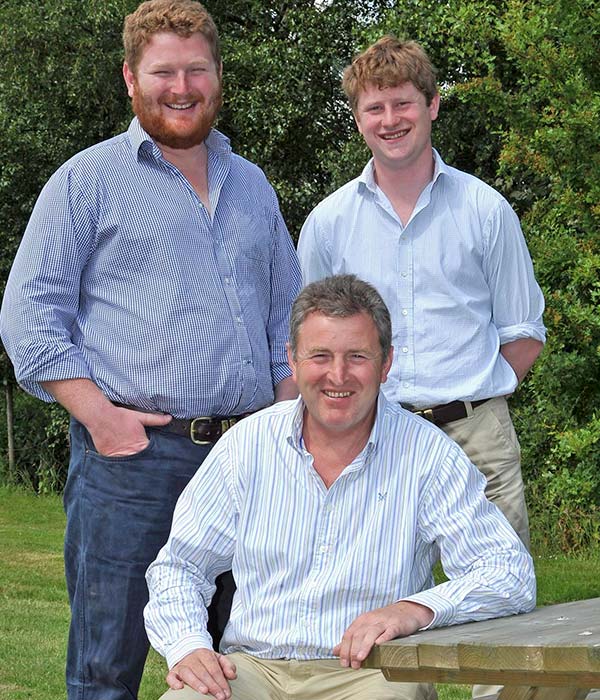 Realising that economies of scale meant the UK was not the right place to produce commodity pig meat, Roger began looking at how the business could become market-driven to secure better profits.

He and Robert moved from producing 3000 pigs a week to just 1000, changing the herd to free range and high-welfare to make the pork they produced a more desirable product.

Robert then set up the Packington Pork brand, through which he supplied local butchers with 300 pigs.

“I was aware that if I was supplying butchers with pork, to build a successful business I should do other meats,” he says.

So, with his friend George Finch, Robert set up Medium Rare, an umbrella company to sell and distribute meat produced on the farm.

In addition to selling 250 of Robert’s pigs, the company also sells 60 locally-reared lambs and 10 bodies of beef to more than 100 customers across the country.

The pair ensures they offer a bespoke service so they can hold the value of their product throughout the supply chain and command higher premiums.

“We hold open days so butchers can come and see how we produce the meat and understand what we can give them,” Alec says.

“We use big abattoirs then buy back what we need. It means a butcher in London can have precisely the cuts he wants. We can be flexible and it’s a nice way to be.”

At a time when pig farmers are leaving the industry because of poor prices and rising feed costs, the Mercers have succeeded in agreeing a price for their meat which offsets their rising costs.

“It’s allowed us to be more in control of our prices,” Robert says.

In addition to pigs from the farm, Medium Rare also markets 1300 free-range chickens produced by Roger’s other son, Alec.

As with the pork, Alec’s enterprise is focused on the product’s quality to secure a premium.

“They are reared in a way people imagine free-range to be,” he says. “But the story’s only good if the chickens look and taste good too.

Keen not to just concentrate on livestock, the Mercers have extended their diversification projects into other areas.

With the help of and ERRD grant, Roger developed several redundant farm buildings into 16,000sq ft of office space, at a cost of £85/sq ft. There is also a further 150,000 sq ft of storage space which they rent out.

The farm’s traditional arable enterprise also remains an important side of the business. The Mercers are part of a joint venture to farm 6500 acres, which includes 5000 acres of wheat.

While each of the Mercers’ individual enterprises are all impressive, it is perhaps the way they are all managed together as a family which is most commendable.

They work on the basis that each of the businesses has to be able to support itself separately. If it does not make a profit, it is not worth continuing with.

“We split sectors into different businesses,” Roger says. “Separate businesses rent land from the central office to make them as realistic as possible as stand-alone businesses.

“Family structure is very important I want the business to move towards the children’s direction so we are all involved in making decisions.

“It means my role has changed, but it’s still exciting.”

What the judges liked: