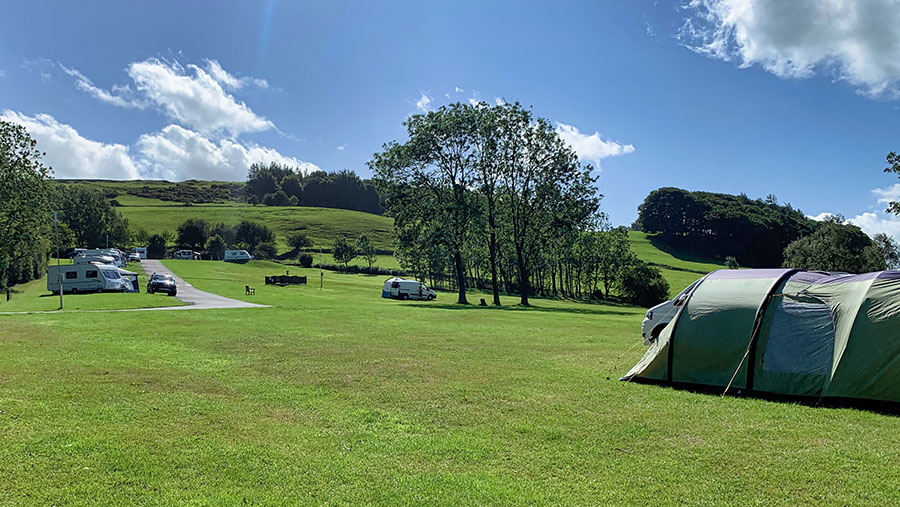 Campaigners pressing for an extension to permissions that allow land to be used for non-agricultural ventures are seeking clarity after the government appeared to meet their demands.

The campaign group made up of rural, farming and leisure organisations had mounted a call to extend permitted development rights (PDRs).

These allow farms to temporarily set up campsites and events without full planning permission.

In 2020, PDRs were increased from 28 days a year to 56 days to help rural businesses increase revenue and recover from Covid-19 restrictions.

The move helped farms generate an average of £12,000 in extra income, with some earning more than £100,000 in revenue in the staycation boom.

But the campaigners wanted to have the time period extended further to cover the entire summer and early autumn.

Initially, the campaign appeared to have been successful, following a statement by the Ministry of Housing, Communities and Local Government (MHCLG).

The government said it urged and expected local planning authorities to take a flexible and proportionate approach to planning controls, the statement said.

This included restrictions through planning conditions on existing campsites, which may limit the temporary extension of commercial campsites for leisure use over this holiday season, it added.

However, the announcement only referred to “this summer” or “holiday period”.

But summer opening was already possible through 56-day PDRs.

Campaigners wanted the period to extend to the autumn half-term, said a spokeswoman for one of the campaigners, campsite booking service Pitchup.com.

The statement also said the legal requirement for campsite licences remained in place. These licences provide a 60-day window to open a campsite and exist alongside the 56-day PDR period.

Any campsite opening beyond the 56-day PDR will continue to need a licence and therefore still be limited to just 60 days in total.

“We wanted an extension to cover the whole summer and early autumn. Clearly the continuation of a 60-day licence limit will not allow this,” the spokeswoman said.

“We are now seeking clarity on the terms used and the situation for licences,” she said.

Farmers Weekly has asked the MHCLG for clarification.