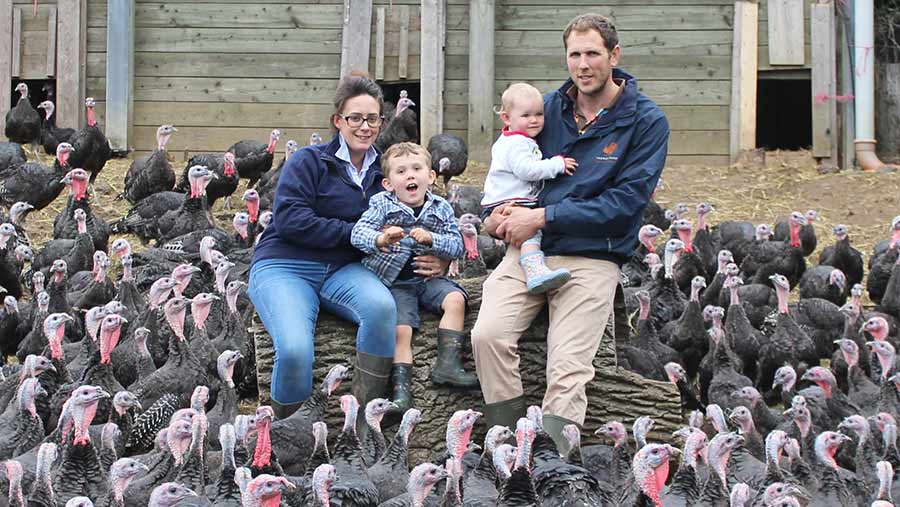 For Will and Kate (no, not those ones) Martin, the business of Christmas starts six months before the big day, when they take delivery of their day-old Bronze turkey poults in late June.

This year will be the fourth that the husband-and-wife team have been selling turkeys from Treway Farm, between St Austell and Truro in Cornwall, and they have seen strong growth in sales each year.

Originally set up in 2010 as a collaboration between Will and a friend, when they sold just 25 birds in the first year, it has now grown into an operation forecast to have a turnover of £40,000 this year.

See also: So you want to…tap into the Christmas turkey market?

With total costs of production at about £30 a head regardless of size, the largest are clearly the most profitable but also the most difficult to sell, with an ever-decreasing number of households packing enough people around the table to justify a heavyweight.

Despite the narrow country back lanes the farm is situated on, Will and Kate sell 80% of their produce from the farmgate, most of them pre-ordered, with the remainder sold wholesale through local farm shops and butchers. 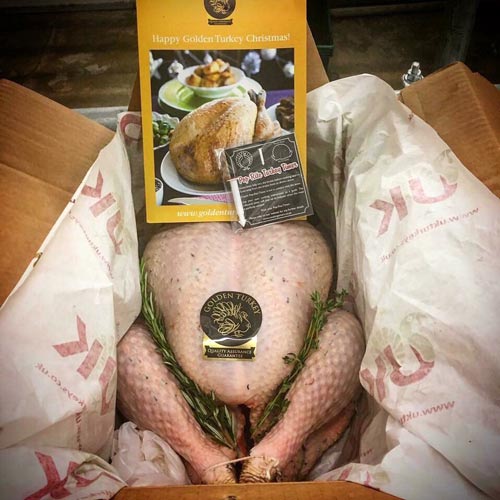 They relish the opportunity to welcome customers on to the holding as it hammers home the authenticity of the themes around which they’ve focused their advertising.

These are the story of the family farm and what makes the birds they are rearing a higher-quality product than what can be found in a supermarket – two things that shoppers are eager to hear about.

The couple say the value of good marketing is second only to the vital work of rearing the birds, with traditional billboards complemented by social media posts across Twitter, Instagram and Facebook, with the latter credited as best at bringing in new orders.

Regular pictures and videos document the turkeys from day-old chicks under gas-fired heat lamps through to their first steps outdoors, at eight weeks, and beyond, as the countdown to Christmas begins and the work intensifies.

“From mid-October it starts to take over your life,” says Kate, highlighting the need to keep constant tabs on the orders that are flooding in from around this time from both the internet and by phone.

The couple’s two children, 18-month-old Flora, and Charlie, 4, have also proved an unexpected asset on social media, with pictures of them with the animals generating some of the most positive feedback.

However, the most difficult part of managing the expanding business has been coping with the logistics of the frantic collection days, with the expanding number of birds requiring an ever-increasing temperature-controlled area for storage.

They tapped into Leader grant funding for half of the £12,000 cost of a purpose-built chiller room just two years ago and have already outgrown it, with additional refrigeration units to be hired this year.

This is needed for the birds to hang after slaughter for the required seven to 14 days – with the couple opting to hang them long-legged for increased tenderness – and then after preparing them for the table, when they are ready for collection.

The other pinch point has been managing the collections, with careful planning going in to avoid long, restless queues of shoppers in the final frantic phase of pre-Christmas errand running.

This has been solved by a meticulous labelling and ordering system, increasing the number of staff available to fetch and carry deliveries, and opening up stalls in the collection venue selling bacon sandwiches and mince pies to improve the experience – and make extra cash.