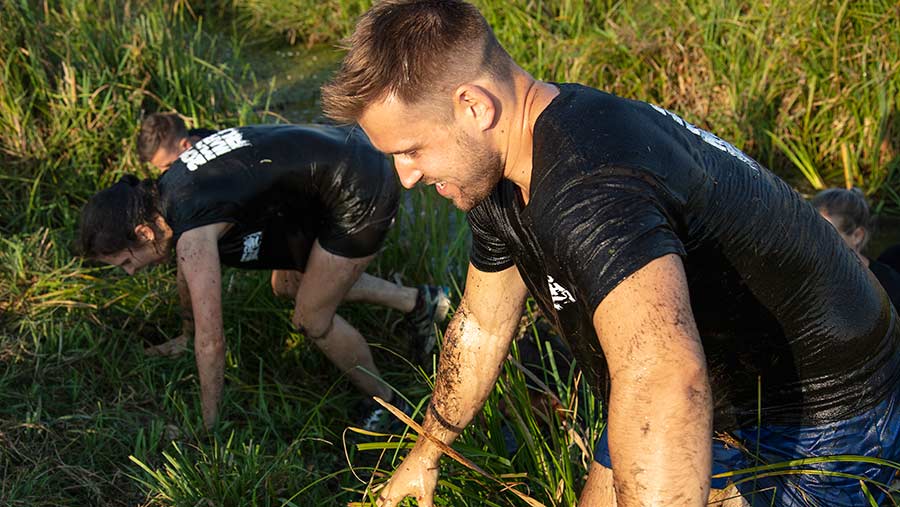 Never ones to follow the herd, the Hook family have a reputation for doing things their own way.

Just over a decade ago, this organic dairy farm began selling bottles of their unpasterised milk direct to customers and today deliver fresh milk to about 1,500 East Sussex homes within a 15-mile radius of the farm.

Their latest diversification – an extreme 10km run through the low-lying landscape that surrounds Longleys Farm in Hailsham – was the idea of farmer Steve Hook.

Together with his 23-year-old son Joe, the father-son pair have been crafting their very own event, having clocked the surge in popularity of endurance obstacle races such as Tough Mudder.

These courses are much more than your typical off-road running, designed to be mentally challenging and physically exhausting.

The Hook family’s version – branded the Mad Marsh Run – will see participants set off on a gruelling cross-country dash like no other. 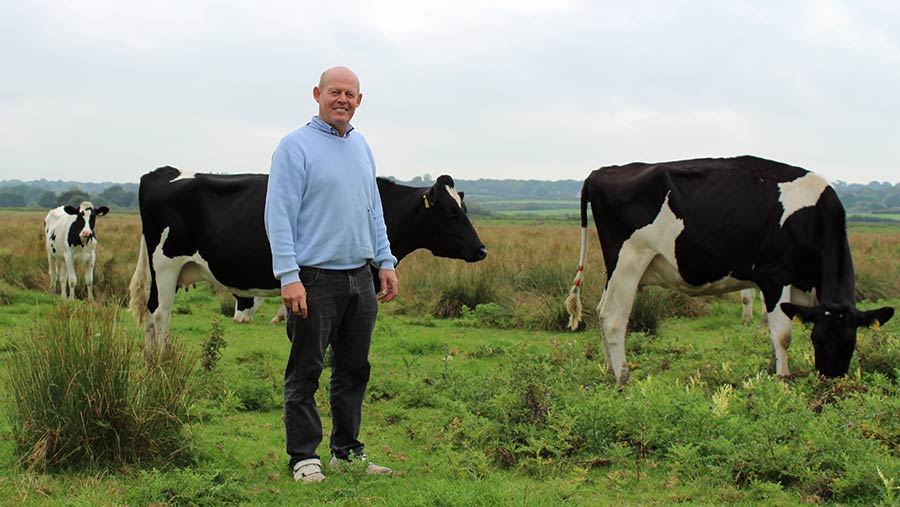 Runners will tackle more than 30 obstacles, including crawling through bogs, jumping ditches, negotiating fallen trees and wading through ponds – all set in the wilderness of the Pevensey Levels.

Watch the video below to get a taste of what the run will entail.

“We’ve got fantastic countryside here – we are 2m below sea level, sitting at the lowest part of the levels. What this run can do is tell the story of the levels and the special ecology here,” explains Steve, a 2012 Dairy Farmer of the Year finalist in the Farmers Weekly Awards.

The area is rich with wildlife – a recent survey found 45 different species of native birds, including eight species that are flagged as becoming increasingly rare in the UK.

Located just 10 miles north of Eastbourne on the south coast and about 50 miles south of London, the farm is ideally placed to attract a good crowd.

The run will kick off at the highest point of the farm, offering a stunning view of the marshland that awaits.

From there the course will snake along river banks and across open fields before hitting a series of streams, ditches and bogs, which promise to turn visitors into wet, muddy messes.

“There’s a real team element to this and it’s perfect for friends, families and work colleagues to get stuck in to. It’s going to be really great fun,” adds Joe, who is heading up the marketing for this debut event. 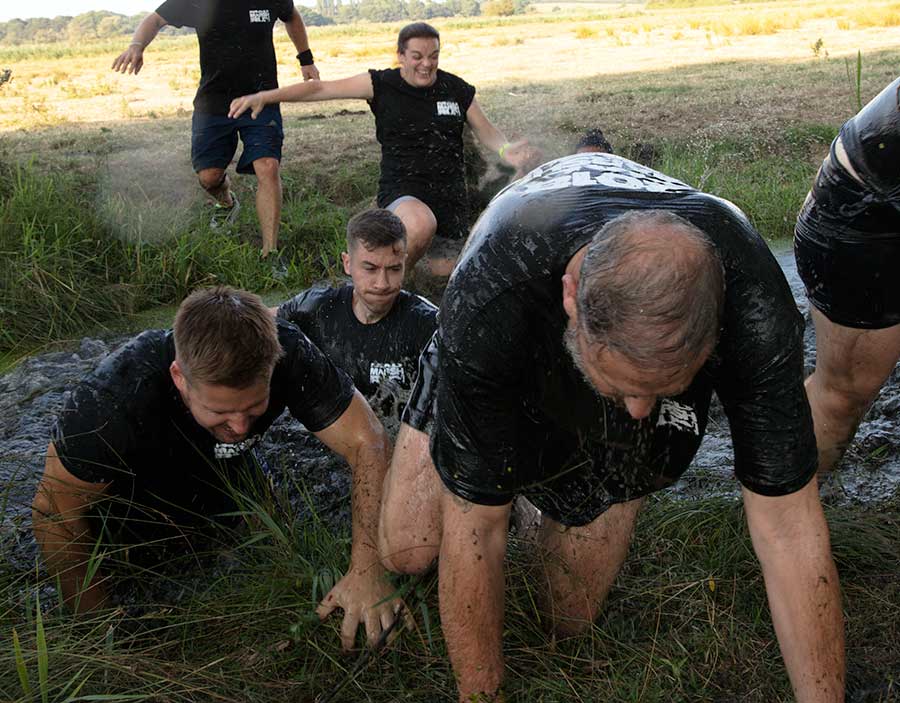 This is a fun run, so while there’s no prize for coming first, all finishers will get a treat fresh from the teat – a bottle of the farm’s renowned raw milk (see ‘Longleys Farm: Go your own way’ below).

This will be the pilot event, with hopes of eventually running three a year throughout the summer months.

Visit the Mad Marsh Run website to find out more about the event and to book your ticket to take part.

Set to run on 6 October, the Mad Marsh Run was created to do more than simply bring punters to the farm and strengthen the bond between farmers and the general public. 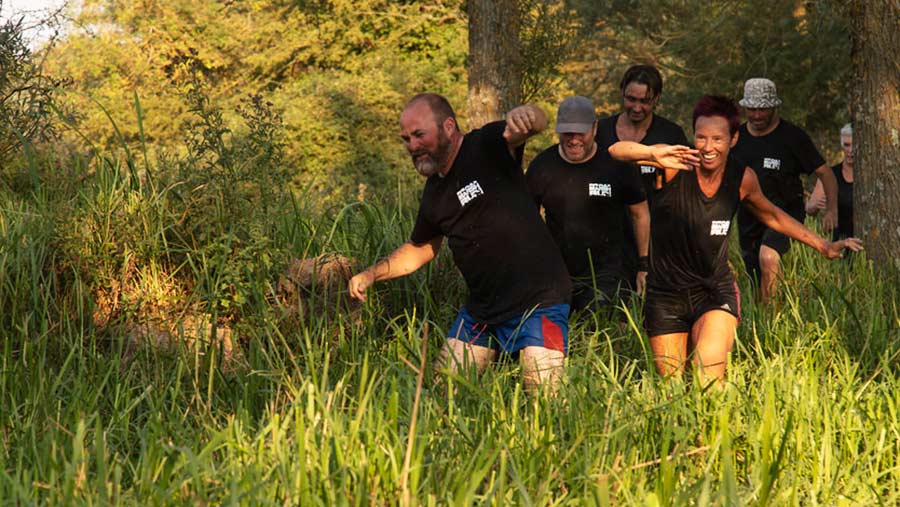 The Pevensey Levels and its wildlife are under attack from a foreign invader.

It’s called floating pennywort – a plant that originates in South America – and it’s choking off the waterways, clogging up rivers and streams with a thick carpet of weeds.

The alien blight on this 3,500ha world heritage site is spreading rapidly. The weed can grow by up to 20m a day, robbing oxygen and light from the resident species of plant and insect that make this place a site of special scientific interest. 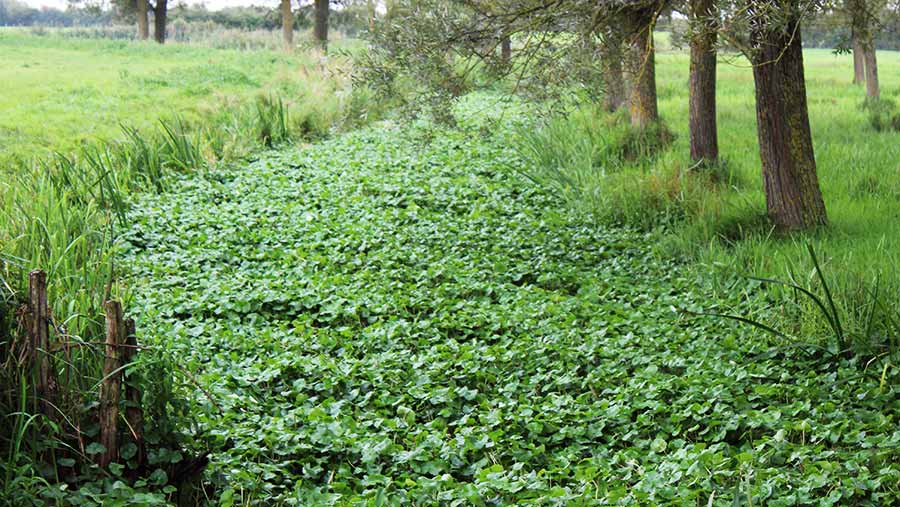 “This weed is causing havoc,” explains Steve. “Swans and geese can’t swim in it, sheep walk into it because they think it’s land and other life cannot exist. It is the single biggest threat to the levels.”

While it is up to the Environment Agency to remove the floating pennywort from rivers, the weed has begun to take over ditches and watercourses, which Steve is responsible for maintaining.

“Getting it removed is yet another cost that I have got to take on. So by taking part in this run not only are you having fun, you’re learning about the unique environment here and helping to promote public interest in this area.” 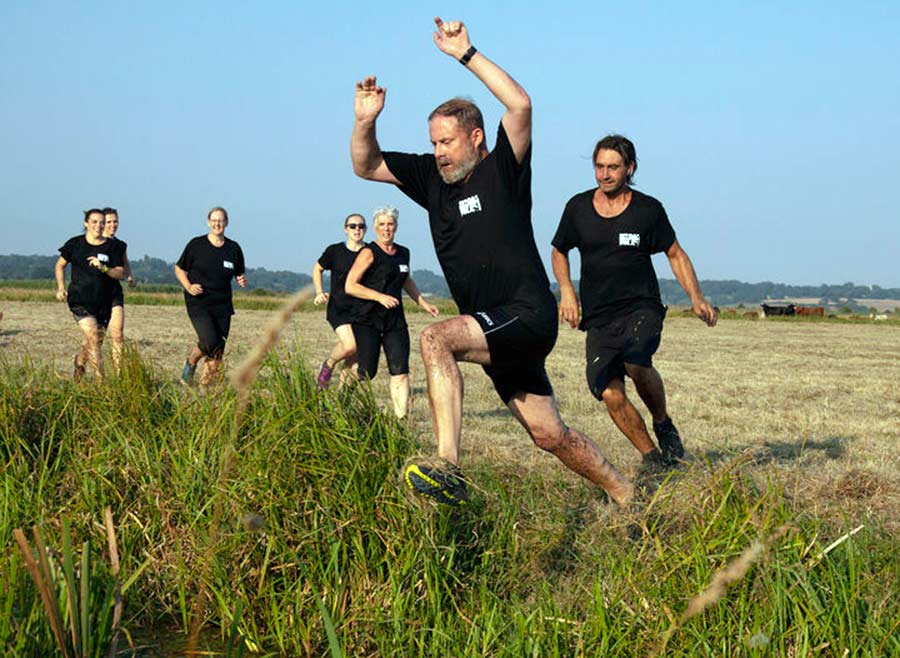 They have been working with Natural England to make sure that the ditch and grassland environments are protected from damage.

By hosting this run, the Hook family hope that public interest in the conservation of the Pevensey Levels will spurred on, while also generating income for the farm to fight the escalating water weed burden.

Longleys Farm: Go your own way

Steve Hook has farmed Longleys Farm in partnership with his father Phil since 1991, but the Hook family have been farming in East Sussex for more than 250 years.

It was in 2007 that they made the bold choice to cut out the middle man and sell their milk direct to consumers as an unpasturied product.

Drinking raw milk has several claimed health benefits over the white stuff that you buy in the supermarket, including helping to promote healthy gut bacteria and alleviate children’s chances of suffering from hayfever and eczema. 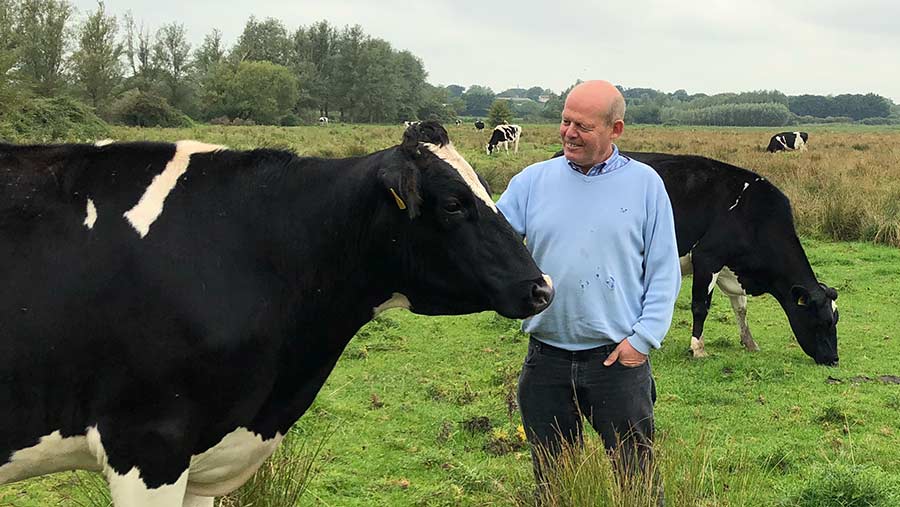 However, the business hit a snag in April when they had their first ever cow reactor in a TB test, which meant their sale of raw milk to the public had to be halted.

“There was no evidence of TB in the cow after it was culled. Raw milk is our thing, but we had no option but to buy a pasturiser immediately. We hope this TB saga will end soon,” says Steve.

With great access to London, the Hook family’s organic dairy produce can be found on sale three times a week at the trendy Borough market in the heart of the capital.

They have also trialled an organic raw milk vending machine in Selfridge’s food hall and hope be supplying this high-end London store again in the future.

Steve also has ambitious plans to build a new, more efficient processing facility on the farm to allow the business to add new products such as ice cream and cheese to their range.

Plans for the new unit are in the pipeline and will see a farm shop and café form part of the business expansion. Alongside an rural business grant application, they are seeking funding to secure some of the money needed to make their dream a reality.