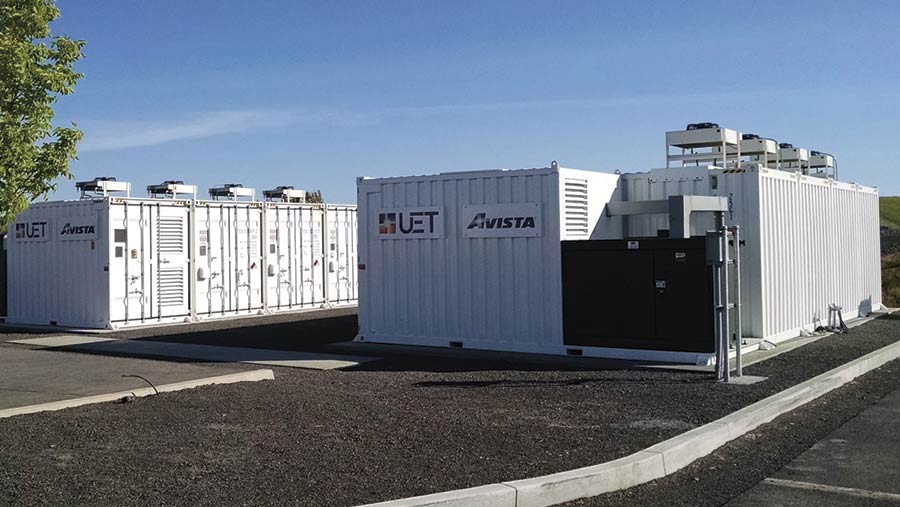 Farmers with sites potentially suitable for generator or battery-based grid-balancing systems are being urged to seize the initiative rather than wait for a developer to come knocking.

Despite limited spare grid capacity in many areas there are still opportunities to rent out sites for such systems, which vary from 5 to 50MW in capacity, supplying electricity to the grid at short notice during peak times (typically 5.30pm-8pm).

He urges interested landowners to undertake some preparatory feasibility work first rather than sign up to a speculative developer offer.

“Normally the first most landowners are aware of the opportunities for battery and Stor sites is when they are approached by a developer, who generally only offers one technology or the other. Yet, half of potential sites are suitable for either technology.”

Mr Newton advises landowners interested in a battery or Stor energy site to first consider whether they have a suitable location (‘Site suitability’, below) and if so, to apply for the grid offer in their own name.

This puts them in a much stronger bargaining position with prospective developers who then tender for the site, he says.

“Where most farmers make a big mistake is to sign a letter allowing the first developer who knocks on their door to apply for the grid; the capacity is then in the name of the developer and the farmer cannot negotiate with any other.”

Once a developer has been selected, an option agreement is entered into and the developer takes responsibility for the project and planning approval. Once planning permission is in place, the developer exercises the lease, which typically lasts 20-25 years (see below).

Lack of spare grid capacity remains the biggest barrier for new installations, especially in areas that have experienced rapid development of renewable energy (principally solar and wind), such as the South West, Wales and East Anglia.

Some regions are almost “no-go” areas for new development, but Mr Newton says opportunities do arise sporadically as distribution network operators increase pressure on companies to use grid allocations or retract offers where projects will not proceed.

“Areas closer to urban areas tend to have better grid capacity than rural areas, but opportunities are hit and miss depending on the local situation. Our [Fisher German] early grid-balancing feasibility studies found about one in 30 sites to be suitable, now its nearer one in 50 or 100.”

A key difference between the technologies that affects grid applications is that battery stores need an import and export grid connection (up to the capacity of the installation), whereas Stor generator sites need an export connection only.

However, Stor energy developers have switched from diesel to gas-powered generators, so sites also need to be close to a medium pressure gas main.

Both battery and Stor systems need full planning permission, so Mr Newton recommends commissioning a feasibility study (costing about £500) that examines the likelihood of getting both planning permission and grid capacity before paying for a full grid application, which can cost £1,000 to £2,000.

Rental agreements for Stor and battery systems should base payments on an MW installed basis, not area, and vary considerably depending on project capacity, grid connection cost and developer margin.

“Currently, battery storage returns are fairly marginal, but with prices falling circa 20% a year, margins should improve and so too may rents. However, it’s not worth waiting for rents to rise as grid capacity may not be there, so you’re better to grab any opportunity while you can.”

Key things to look for in Stor and battery lease agreements: