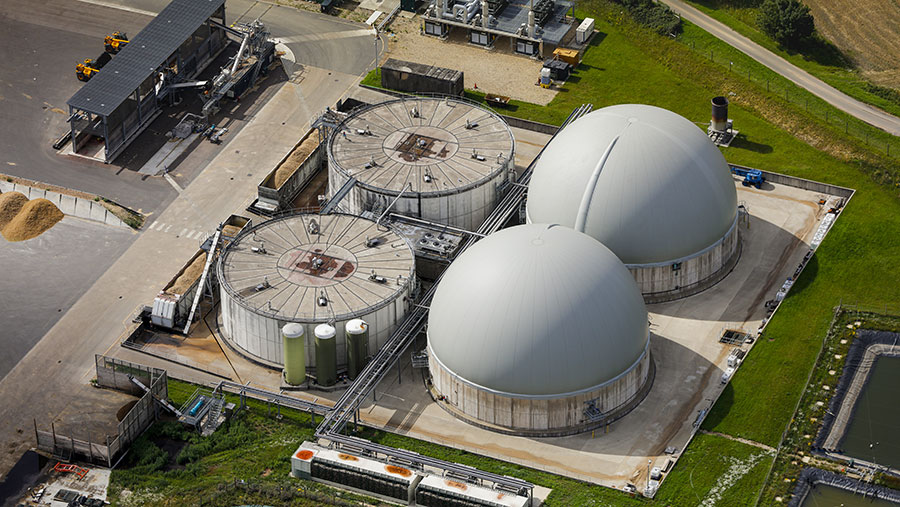 The company plans to build 25 new biogas plants by 2028, with each one linked to local farms supplying maize, rye and grass.

The current crop requirement for 10 existing plants is about 500,000t/year, grown on long-term, fixed-price agreements.

Farms growing for the new plants will be offered a 15-year supply term for feedstocks, with each plant needing at least 60,000t annually.

Alongside the increase in scale, the business has launched a significant carbon-capturing venture.

Liquefied carbon dioxide will be captured at the sites before removal and permanent storage under the North Sea via a new port facility in Hull.

About 200,000t of carbon offsets generated by the storage programme will be offered for sale to corporate buyers seeking to offset their emissions.

Future Biogas will receive a carbon credit certificate, which will represent one tonne of carbon dioxide removed from the atmosphere.

Carbon credits enable companies to support decarbonisation beyond their own carbon footprint, therefore speeding up the transition to a lower-carbon future, said a spokesman.

Moves towards the expansion and carbon-capture venture are already under way, with full planning consent granted on one site in Lincolnshire.

Negotiations are progressing to agree long-term feedstock to supply the plant from 2,500ha nearby. Other sites have been identified that are at an early stage of business development and feasibility, but more will be required as the plan is rolled out.

The company will look for sites that can be connected to the gas grid and where transport costs to the port facility in Hull can be kept to a minimum.

There will also be planning considerations and an assessment of the potential for on- and off-site clamps and digestate storage.

Future Biogas said it would also ensure that the chosen farm’s carbon footprint fitted with its clean energy philosophy.

To achieve this, supplier farms must: