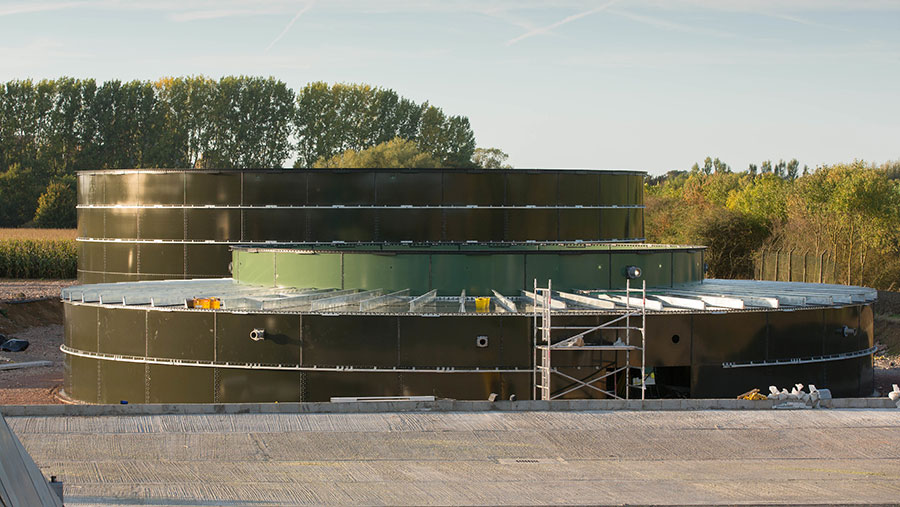 A rise in the number of anaerobic digestion (AD) and biogas plants could put food security at risk, a Moray hill farmer has warned.

Tenant farmer Alistair Nairn, from Glenlivet, questioned the sense in taking so much land out of food production and growing crops specifically for energy production.

See also: Number of AD plants in UK grows to 540

He said the recent Brazilian beef scandal and the subsequent call from farm leaders to “Buy British” was a wake-up call that the UK needed to continue producing more of its own food.

“Brazil has been caught selling rotten meat. We should be producing meat at home,” he added.

However, the Scottish livestock industry is increasingly being forced to import protein from South America as farmers are being priced out of their traditional markets by AD plants.

Mr Nairn said Scottish farmers have been using draft from distilleries for the past 200 years, and buying dark grain pellets for 40 years, but AD plants have sent prices of this so-called “waste” product soaring and monopolised supplies.

“They are not waste products, they are a valuable source of GM-free protein. Now we have to go to South America, and this is on our doorstep,” he added.

“The most environmentally friendly thing you can do with draft is feed it to cattle as close to the distillery as possible, it comes out as muck and you spread it on the fields.”

The problem is only set to increase, Mr Nairn warned, as the existing industry of 27 AD and biogas plants in Scotland could be joined by another 56 plants, which are in the pipeline.

Of these new plants, 45 will be fuelled by energy crops. The STFA said this will take 10,117ha of Scotland’s best arable land out of production for the agricultural industry, threatening supplies of straw.

“Scotland imports more than 50% of its food, it’s crazy to be taking land out of production.”

The Scottish government is due to report in the summer on an investigation into the long-term impact renewable energy production from distillery by-products will have on livestock production.

But Mr Nairn said AD plants were likely to have signed long-term contracts with distilleries so there was little the government could do in the short term.