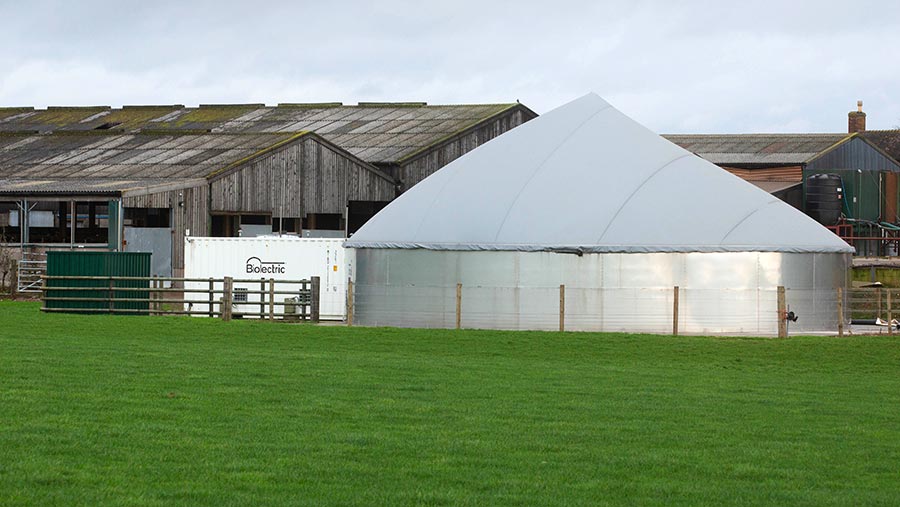 The ending of support schemes such as the Feed-in Tariffs (Fits) and Renewables Obligation has reduced returns and hit deployment of new solar schemes, but there is still much activity around this comparatively low-risk technology.

For smaller, self-funded schemes, the farm businesses most likely to benefit are those with high and consistent electricity usage (for example, coldstores) that can install solar to offset the cost of power bought from the grid, says Darren Edwards of Fisher German.

Installation costs at this scale have fallen considerably over the past decade, but more recently have plateaued at about £700-£750/kW for ground-mounted solar, he says.

He urges any farm business considering investing in solar to carefully tailor the project to the annual energy profile of the business.

“Solar still makes sense, but the decision-making process is much more in-depth.

“Start by examining how, where and when electricity is used, and how you can improve energy efficiency.

“Then look at which renewable energy solutions and specifications best meet this profile.

“In many cases, solar plus storage will be the best combination going forward, although we’re not quite there yet due to the cost of batteries.”

But with improved panel technology, Mr Green says developers are getting more for their money per acre than a few years ago, so he says it is worth landowners trying to secure additional income, such as a payment based on a percentage of turnover or output.

“Developers generally resist this, but if you don’t ask, you don’t get.

“Those with a really good site stand a better chance of securing extra income.”

Grid connection remains the biggest hurdle for any new project, but extra capacity is becoming available in many areas as Distribution Network Operators (DNOs) use “smarter” technology to better match supply and demand, Mr Edwards notes.

Capacity will also be freed-up where older projects fail to go ahead and through decommissioning of old coal-fired power stations.

Private wire opportunities growing
Private wire deals linking solar installations to new developments (for example, a housing estate) are another area of interest that could create opportunities for landowners in the right area, Mr Edwards says.

The onshore wind sector has been hardest-hit by support cuts and public attitudes over recent years, particularly in England, where very few new projects are being being built at any scale.

Planning remains one of the biggest hurdles, but Mr Edwards suggests attitudes may start to thaw given the well-publicised “climate emergency” and government focus on decarbonisation, which is prompting some tentative interest.

“There are a few onshore projects beginning to be discussed, with developers looking to sign-up landowners on longer-term [two- to three-year] options or exclusivity agreements in the hope government and public become more receptive to wind energy.”

The situation is different in Wales and Scotland, where there is significant developer activity, adding to many projects already in the pipeline, either unconsented or unbuilt.

“Previously, we’ve seen 2MW turbines measuring 80m to the tip being installed, but machines now can be 4-5MW and 175m to tip. This presents planning challenges, so sites tend to be in quite remote upland areas.”

Some developers are securing large areas of land in higher windspeed areas with a view to refining the designated area once more detailed site assessments have been conducted.

Some are also looking at adding turbines to the edges of existing wind farms, he notes.

Income for landowners is less transparent than for solar, and tends to be based on a combination of base rental income, plus a percentage of turnover, Mr Green says.

“With no support, income is less predictable as it is more closely linked to the project’s financial performance, which depends on the amount of electricity generated and the market price.”

Despite a significant fall in new AD development in the past year, there has been a recent flurry of activity and the sector is predicted to continue growing in the short-term, from 486 plants (outside the sewage sector) to 500 by the end of 2019.

The National non-Food Crops Centre’s (NNFCC) latest annual AD deployment report show around two-thirds of plants (operational and under development) use farm feedstocks, such as slurries, manure and crops such as grass/maize silage.

New feedstock restrictions for Fits and the RHI have put more focus on waste feedstocks (for example, food waste, slurries, manure) and mean operators are looking at “appropriate mixes”, using wastes and a crop-based “top-up” to balance input costs and revenue, while not breaching the 50/50 limit, NNFCC lead consultant Lucy Hopwood says.

Interest in waste has been further heightened by plans to roll out separate food waste collections nationally by 2023.

“We’re also starting to see real interest in straw as a feedstock, with new pre-processing options available to make it more suitable.”

Most AD development is for larger-scale and gas-to-grid plants typically using 30,000-50,000t of feedstock annually.

Mrs Hopwood says landowners will often be a partner in the project and receive income from leasing the site, be paid for supplying feedstocks, benefit from a free (or cheap) supply of heat/power and receive digestate back to spread on land.

However, other opportunities include selling silage to a nearby plant, renting land to developers, or potentially securing an “exchange agreement”, supplying feedstock (such as crops, straw or manure) in exchange for digestate.

Some smaller plants are still being developed, especially where pre-accreditation for Fits was secured before the scheme closed.

The ending of Fits means the RHI provides the only support for the anaerobic digestion sector, but this is also due to end in March 2021.

Without support, the viability of many projects is questionable and investors may be reluctant to commit to new projects longer-term.

“Despite future support for renewable heat, and specifically biomethane from AD, being discussed in a positive manner in recent government communications, we face an inevitably long wait to see how this may transpire.”

Support through the Renewable Transport Fuels Obligation for biomethane used in road transport has been attracting interest and could offer a lifeline to projects that would have otherwise relied on Fits and RHI support, says Mrs Hopwood.

The Heat Networks Investment Project, launched in October 2018 to encourage more heat networks to be built in England and Wales over the next three years, could also be an opportunity for existing plants looking to make use of surplus heat or suitable new projects close to a village, town or city.

The scheme is still being developed, but offers limited funding up to 50% of construction costs through a grant, loan or combination of both.

Despite a lot of potential, Mr Edwards says the battery storage market has not developed as quickly as anticipated; for two main reasons.

First, costs have not fallen as quickly as expected, while the suspension of the Capacity Market scheme last November cut off an important revenue source for projects able to respond to spikes in winter electricity demand.

Only a relatively small area of land is required (typically 0.4-0.8ha), but projects need access to both the electricity grid and a medium-pressure gas main.

Mr Edwards says rents are usually linked to the generating capacity and vary from £2,500-£5,000/MW installed, index linked for 20-25 years.