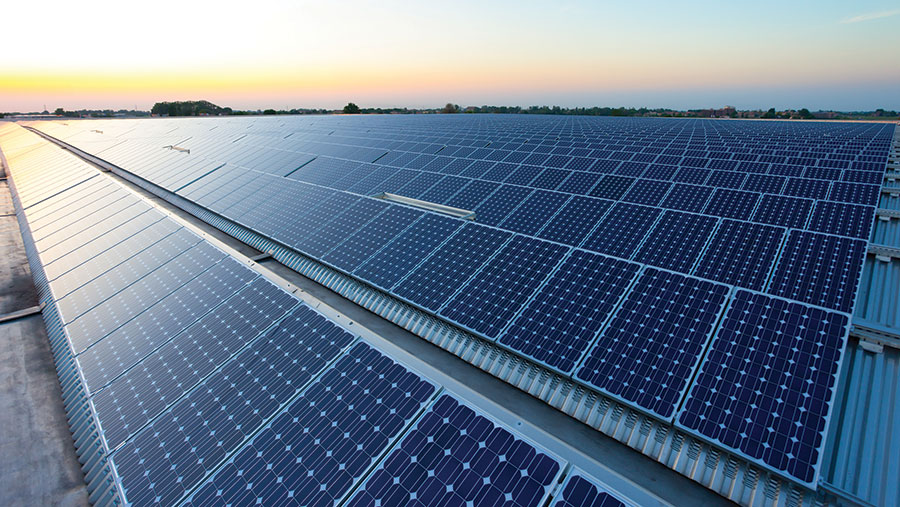 Farmers are being caught unawares by business rate charges running into thousands of pounds on solar PV installations.

Energy consultant Roadnight Taylor warns that farm businesses could be in line for a costly bill unless they take action.

Some could be unknowingly accruing liability for rates that may be backdated to 1 April 2017 – when higher business rates for businesses using power from their own solar panels were introduced.

“Although a lot of farming businesses may fall into the category of being agriculturally exempt, others won’t,” says senior consultant Richard Palmer.

“It is crucial to understand if the PV installation forms part of the existing rateable value assessment of the business or if it creates a separate rateable assessment, known as a rateable hereditament, so it’s important to get your array expertly and independently checked to find out if you have a business rates obligation.”

Modelling the business rate implications for solar installations at different scales and configurations can help inform and asses the feasibility of a project and mitigate liability, he says.

Many farmers mistakenly conclude that they are not liable for business rates because they are agriculturally exempt or think a temporary micro-generation exemption may still apply.

However, for many arrays – even those smaller than 50kWp – this may not the case.

But it can be easy to be caught out.

“For example, a farming tenant with an existing array of 120kWp who wanted to add a further 30kWp would have inadvertently lost his agricultural exemption as he would now be consuming less than 90% of the generated energy on site,” says Mr Palmer.

“However, we advised a solution whereby the landlord invested in the second array to sell the electricity to the tenant.

“This avoided a potentially significant business rates liability for the tenant.”

Mr Palmer says businesses that are hit hardest by business rates are those using between 50% and 90% of the electricity generated themselves.

The liability for those exporting the majority of the electricity can be six to eight-fold lower, because different valuation procedures apply in these cases.

For a 100kW system commissioned in April 2017, and receiving the Feed-in Tariffs, if it is mainly exporting to the grid, it will incur business rates of about £240/year, but if the business is mainly using the electricity itself, it could incur an annual cost of £2,700/year.

Roadnight Taylor’s desktop solar PV healthcheck service includes a review of liability for business rates and has found that 91% of investments reviewed to date could improve financial performance by rectifying issues with business rates, tariffs and overspend on insurance and maintenance.