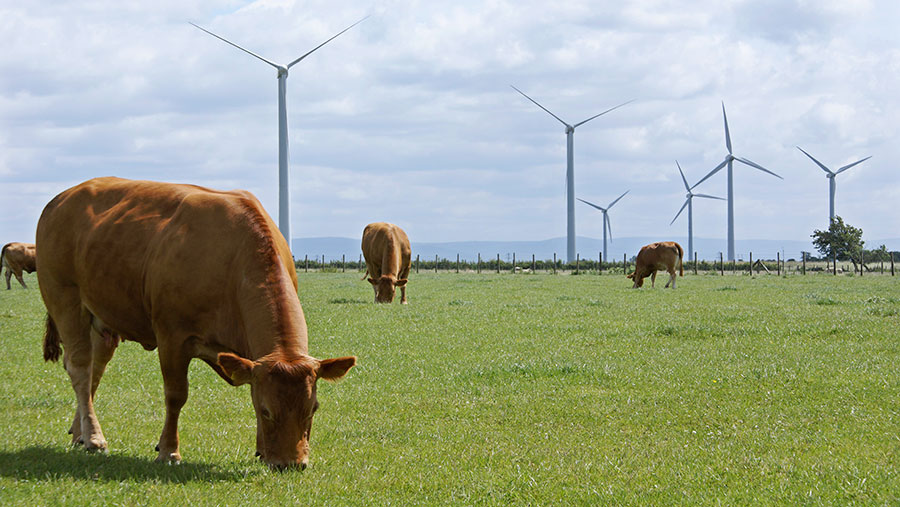 Government plans to reintroduce subsidies for onshore wind mean that farmers who had shelved plans to build a turbine should now look at reviving the idea, experts say.

This week, prime minister Boris Johnson rolled back a 2016 ban on subsidising onshore wind farms imposed by his predecessor, David Cameron, over fears about their visual impact on the landscape.

There will also be support for solar energy generation and energy storage, with payments coming in the form of fixed prices for electricity generated.

See also: Where now for renewable energy on farms?

Jonathan Scurlock, the NFU’s chief adviser on renewable energy and climate change, said the turnaround would send confidence throughout the embattled supply chain.

Many turbine manufacturers and suppliers have gone out of business in the intervening years, with new onshore wind capacity falling to its lowest level in a decade last year.

The change, coupled with the desire in local government to contribute to solving the climate crisis, is likely to see a softening in attitudes towards new applications among planning officers, said Dr Scurlock.

Planning consent for onshore wind has long been a challenge for applicants as they require the consent of the local community as part of the application process.

“We are not going to overturn planning regulations, but I think we might see a little bit more leeway and liberal interpretation of national planning guidance,” he said.

The most profitable installations are likely to be larger turbines that generate between 25kw and 100kw and feed into the national power network, as smaller windmills have greater maintenance costs proportional to their output, he said.

These projects had been approaching break-even point in recent years without subsidy, but the high up-front cost of £100,000-£500,000 means government backing to guarantee energy prices will be very welcome.