A family from Stirlingshire has opened what must be one of the most unusual farm diversifications ever – a Sea King helicopter which they have converted into luxury holiday accommodation.

Martyn Steedman and his wife Louise snapped up the 1980s military vehicle in an online Ministry of Defence (MoD) auction for £7,000 back in March and have spent the summer months converting the 17m-long helicopter into “glamping” accommodation. 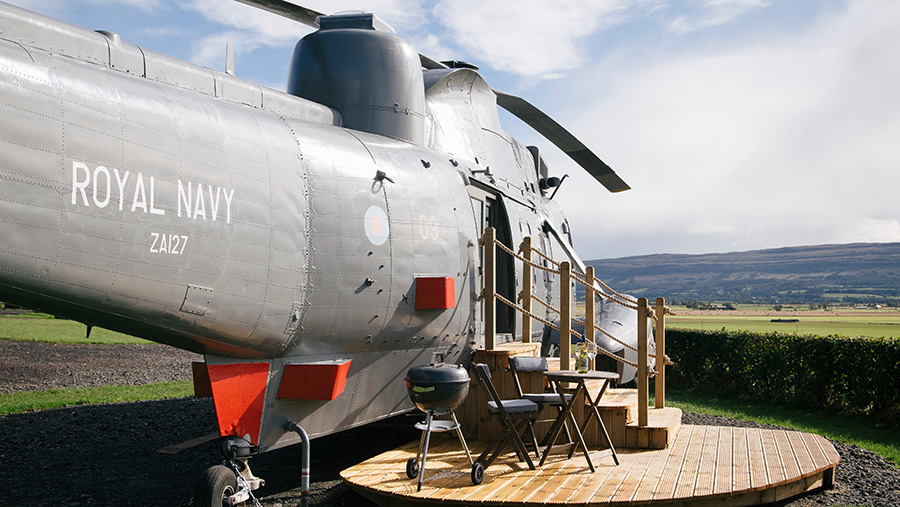 Original parts were sourced for the helicopter

They already run a successful diversification enterprise – a wigwam and caravan holiday park – on the 101ha Mains Farm in Thornhill. 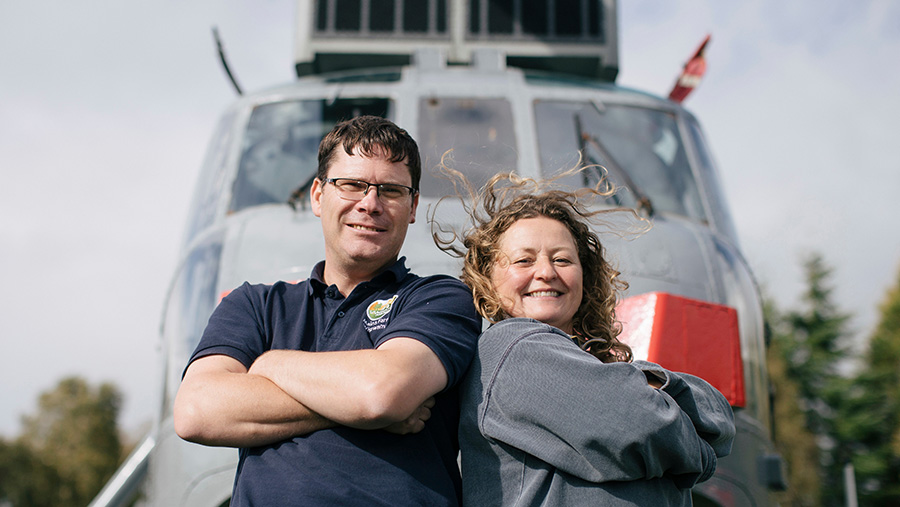 Martyn and Louise Steedman bought the Sea King helicopter for £7,000 in an auction

However, they hope the introduction of a Sea King ZA127 will give customers another reason to keep coming back.

Mr Steedman said: “We’ve completely repainted her but kept all her signage and original lighting.

“We sourced some original rotor blades and replaced her tail rotors with some we discovered on eBay, as we wanted her to still look like a helicopter from the outside.

“When you see her lit up at night, it looks as if she is ready for take off.”

Finding a match for the paint work initially proved difficult. 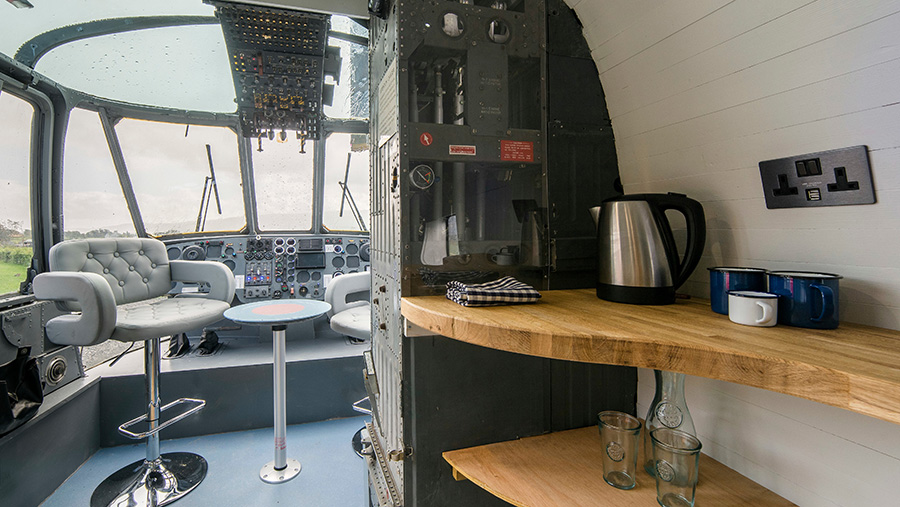 The converted vehicle can sleep a family of six

Mrs Steedman explained: “We were having some trouble finding the right shade of grey. We thought we might have to approach the MoD for some supplies until we discovered an inexpensive alternative, farm oxide paint.

“It’s the same colour and normally used for farm buildings or fencing. We only needed two tins and it has anti-corrosive properties to keep her looking good for longer.”

The interior of the helicopter has been transformed so it can sleep a family of six with a double and a triple bed, as well as single bed in the tail. 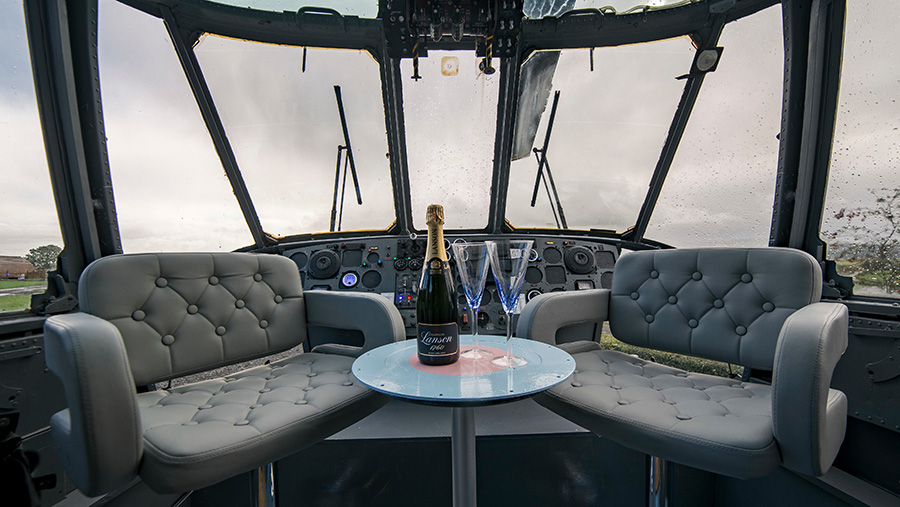 The machine was retired from active service in 1994 and was then used in naval training until 2002.

After buying the helicopter, it had to be transported 320 miles by road before being craned into position on the campsite.

The family have farmed at Thornhill since 1922 when Mr Steedman’s grandfather bought the farm.

They have a small flock of sheep, three Highland cows and grow willow to feed the giraffe’s at the nearby safari park, along with spring barley and hay. They also produce silage for local farms.