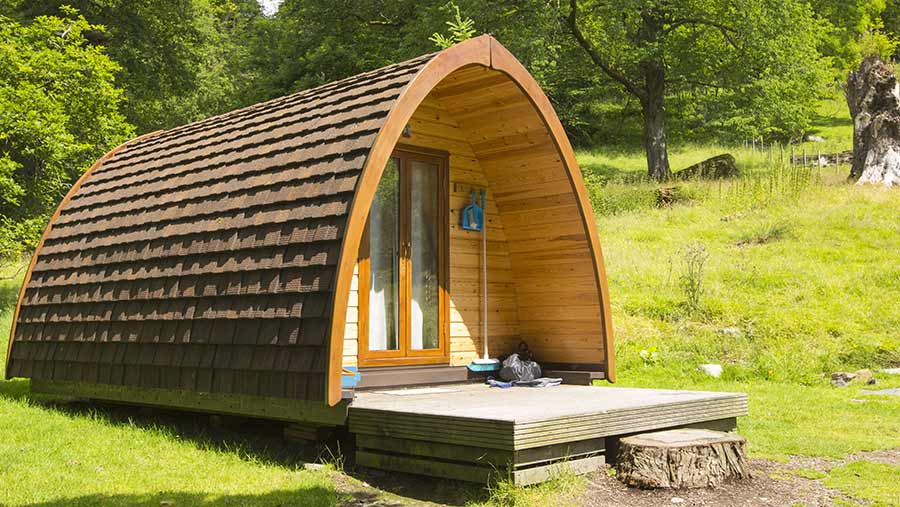 Farmers looking to diversify should consider doing in-depth market research before taking the plunge, to be confident that they are giving potential projects every chance of success.

Investing borrowed or carefully hoarded cash to a new enterprise can be a daunting prospect, particularly if big sums need to be committed up-front, such as for holiday accommodation.

William Fry, managing director at diversification expert Rural Solutions, says the marketplace is maturing and farmers need to be on their guard against giving the green light to a project simply because it is what they would most enjoy doing.

See also: Why ice cream venture is key to succession on family farm

Despite formal research costing a hefty £3,500-£7,500, it can help prevent a new business becoming out-muscled by existing businesses operating in the same sector.

“I think often the research will compete with what people will feel they want to do,” says Mr Fry.

“You have to market test it and you have to turn your back on your preferences.”

He said farms with an idea of what they wanted to do should search out similar businesses in other parts of the UK and see how similar those regions are to their own, as a first indicator of whether something is likely to be successful.

Those unsure of which diversification to pursue should find regions similar to their own and see what has been successful there.

At least two-thirds of farms now have some form of diversification, and one in five non-diversified farmers say they will definitely or probably diversify in the future, according to NFU Mutual survey data.

What are the latest trends in diversification?

To be successful, business owners looking to add a new diversified business in the coming year need to exploit a narrow niche within an existing market

William Fry at Rural Solutions said businesses needed to be quite specific – for example a wedding venue deciding if it was aiming to attract couples who were marrying for the first time or the second, with first timers favouring more ceremony and formality and those getting hitched again tending to prefer a more casual approach.

With most of the common consumer-facing rural diversifications now well represented across the country, he said giving a narrow range of potential customers exactly what they want was the way to get noticed in a crowded field of competitors.

“The overwhelming weight of travel at the moment is into leisure, health and wellbeing,” Mr Fry said.

He said that trend had played a big part in the rise of glamping, as people were choosing accommodation that helped them to relax by feeling as far away from their usual surroundings as possible.

“The countryside is the new seaside,” says Mr Fry. The explosion in popularity of leisure activities such as cycling has caused people to swap a traditional day out on the coast for inland destinations.

Farms and rural businesses have benefited from changing holiday trends, with many people choosing to take a larger number of short breaks instead of one big summer holiday.

Further help has been provided by the decline in the pound since the Brexit referendum, which has reduced the spending power of holidaymakers overseas, meaning these breaks are increasingly being spent within the UK.

Defra statistics show that in 2017-18 there were 63,800 tourist-related businesses registered in rural areas, accounting for 11% of all registered businesses in the areas.

In the most sparsely populated rural areas, jobs linked to tourism account for more than one-fifth of total employment.

In such a crowded marketplace, banks will require a credible analysis of what customers are available to the proposed business and what income can be expected from them – and this is where market research comes in.

Research companies have access to huge amounts of data on the spending habits of consumers for each postcode across the UK.

Identifying the potential number of customers that would reasonably be expected to travel to the farm, and what they might be willing to spend, can then enable a business to pitch an offering targeted at those they are most likely to attract, said Mr Fry.

There were big differences between an area like Nottinghamshire, where there was a large population within a 45-minute driving distance, and Northumberland, which had very low population density and required different strategies for success.

Potential customers are also profiled according to their supermarket habits, with Aldi-type shoppers having lower spending power but higher rates of loyalty than Waitrose-type shoppers who are much less likely to repeat spend at a particular destination.

“Once you know how many people you have in certain drive times then you do a competitor analysis to understand who is doing something similar,” said Mr Fry.

An informed decision can then be made about whether competing with rivals is possible, or if the market is already saturated.

Securing access to £300,000 of finance to turn derelict barns into holiday accommodation required mid-Wales farmers Gareth and Julie Rees to put together a detailed business plan that included market research.

They approached rental agency Sykes Cottages for advice before building work had even begun on the two earmarked buildings on their farm near Llandrindod Wells. 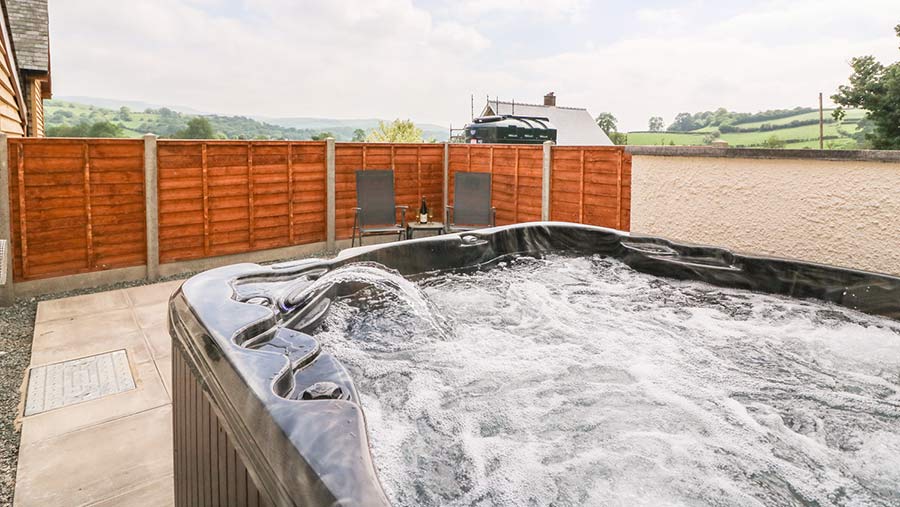 Sykes takes care of marketing and booking for a network of 14,500 holiday homes across the UK and Ireland, in return for a commission.

It advised the couple on the essentials to attract the most visitors and put together an income forecast for them that satisfied their lender, HSBC, that they had a viable business plan.

With their part of the Welsh borders being sparsely populated, tourists are coming to the area for the scenery, country walks and the ability to get away from the crowds and noise of places like Manchester and Birmingham.

Sykes advised that the weakest aspect of the area was the lack of things to do after dark, making a hot tub an essential selling point for holidaymakers expecting to make the most of an evening in. 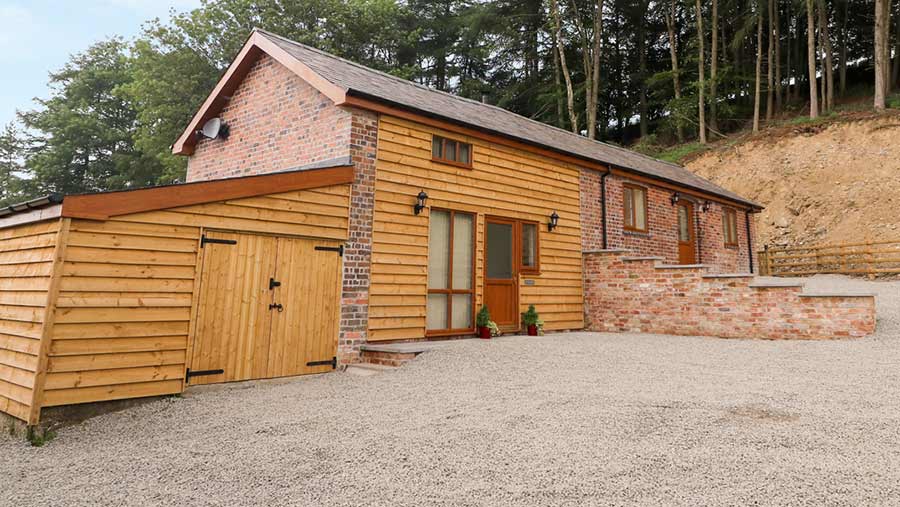 Despite adding significant cost and work – the water quality must be checked daily while guests are in the residence – Mrs Rees said it has been successful in attracting more visitors than they would otherwise have got in the 14 months since they opened.

They also opted to go for higher bed numbers than many of the existing holiday properties in the area, with one barn sleeping eight and the other six people, allowing them to attract extended family gatherings and university reunion parties as well as traditional holidaymakers.

“We are happy with how it is going,” said Mrs Rees. “With the bigger barn it is going better than expected and it is slightly carrying the smaller one.”

Team effort
Securing the right bank manager, architect and builder was also vital for a successful project, she said.

They chose local builder TLP Construction, which had previous experience in building holiday accommodation and was able to advise on how fixtures and fittings should differ from a family home in order to be more hard-wearing.

With a third property now being renovated, the Rees family say they have no regrets about making the leap beyond traditional farming, despite the workload being greater than they had originally estimated.

However, they advise that any farm looking to follow suit must be prepared to make time to interact with guests, many of whom are interested in agriculture and eager to learn more about the workings of the farm.

Although Sykes takes care of the marketing by advertising the accommodation on its website, the Reeses are also looking to improve their own social media profile, posting more on Facebook and Instagram, to attract guests directly.