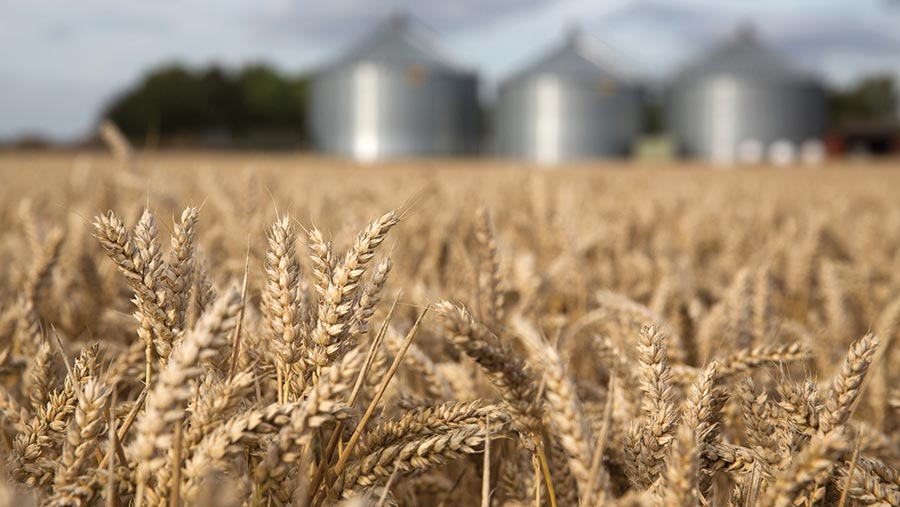 Grain markets are being pulled in opposite directions, with drought and high temperatures pushing prices up, but political and trade tensions limiting the rises.

Crop concerns in Russia and parts of northern Europe – including Germany, Poland and Denmark – and more widely on other continents, along with another two weeks of hot weather forecast for the UK, have kept prices up.

At the same time, US trade measures against China and the EU are making all markets nervous. US corn, soya and wheat futures all fell on news of threatened US-China measures, although recovering some of this ground.

Midweek saw UK feed wheat prices for August up by an average of more than £6/t on the week. The range has widened slightly from £147/t (Gloucestershire and West Midlands) to £168/t (Hampshire and West Sussex).

It has been clear for some time that the UK will be a net importer of wheat again in the 2018-19 season. Although spring crops are most at risk, every day of hot, dry weather reduces the prospects for the size of the UK wheat crop, expected to be between 14m tonnes and 14.5m tonnes.

Growers committed a fair volume of wheat forward when the market reached £150/t, but have largely withdrawn since prices rose above this level, say traders.

“I would advise holding back for now on new-crop wheat,” said GrainCo trader James Clarke, based in South Shields, Tyneside. “It’s early days yet and the news of Russia’s harvest is only just filtering out.”

Much of the grain imported into north-eastern ports traditionally comes from Nordic countries and Germany. However, Denmark, usually a reliable supplier, is having its driest season in 59 years, so the UK may have to look further afield to Latvia and possibly Lithuania for new-crop supply, he said.

However, freight availability is tight and higher oil prices have also pushed up shipping costs.

The UK’s traditional early barley export customer, Spain, has had a good harvest and so demand for UK feed barley exports could be tricky early in the season, although there was likely to be demand from Ireland, said Fengrain managing director Rob Munro.

Stronger demand from third countries was likely to develop later in the season, he said.

As new-crop futures prices have risen and old crop fallen, the gap between the July and November London feed wheat contracts has risen from £2.25/t in late May to more than £11/t.

What is driving grain market changes?

Old-crop wheat is in a strangely mixed and very local market, with some regions seeing prices for July wheat rise by as much as £14/t over the week to Wednesday (27 June) and a few experiencing a fall of up to £4/t.

The highest prices for feed wheat are typically in the deficit areas of the two north-eastern bioethanol plants, but this week Essex, Hertfordshire, Hampshire and West Sussex topped the table, with July ex-farm values of up to £173/t.

These counties saw rises of up to £14/t in old-crop feed wheat prices, reflecting local shortages driven by higher feed demand in the hot dry weather.

Many port areas have ample stocks of feed grain, supplied by imports, and compounders are well supplied in the short term. Markets are so local that traders have warned old-crop prices could fall further in some areas

Combining wheat has begun in Russia and barley is reported to be coming off at 10-15% lower yields than last year.

The Russian Agriculture Ministry estimated the country’s grain crop at 100m tonnes recently, well down from the 135m tonnes recorded last year, due to late spring planting and the recent dry weather in southern parts of Russia.

Forecasts for Russian wheat output vary widely, from 67.4m tonnes to 73.1m tonnes. The lowest of these would mark a 21.5% fall from 2017’s record production, but would still be the country’s third-largest wheat crop ever.

Russia is nevertheless expected to top the league of world wheat exporters in the 2018-19 season.