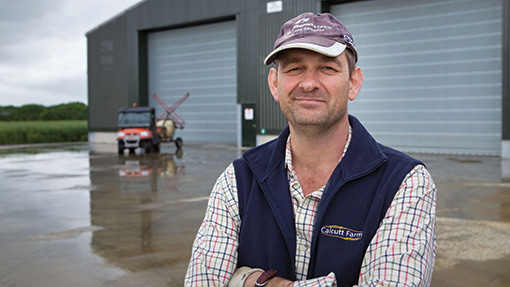 Grain store preparation is one of the least glamorous jobs on an arable farm, although for one Oxfordshire grower it’s among the most crucial.

Investing significant time and money to produce tonnes of grain, only to see a proportion of it lost or downgraded to a lower-value specification due to poor grain store management is easily avoided.

See also: How to get your trailers sorted for harvest

Jim Calcutt, who grows about 440ha of wheat, oilseed rape and beans, likes to sell a proportion of his crop early, but also holds on to a large quantity in the hope of a higher price. It is therefore critical that he ensures his team makes a thorough job of cleaning the 4,000t of grain storage on his home farm at Hempton, near Banbury.

The key problems are insect pests such as grain weevils, grain beetles and grain borers. Rodents also need to be kept out of the store.

Mr Calcutt showed Farmers Weekly around his recently built 2,500t grain store with hardwood drying floor and gives some tips on reducing the risk of storage problems later in the year. 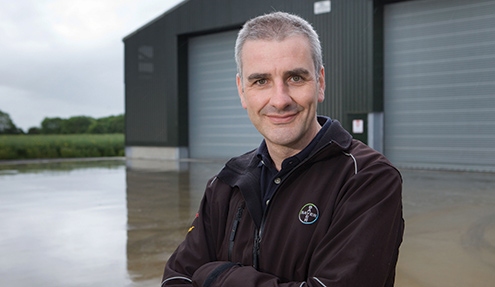 It’s estimated just two weevils in ideal conditions can multiply to 90 million in 12 months and have the potential to destroy 50t of grain, producing hotspots that attract secondary insects, and potentially fungus and moulds.

“Detecting and treating at an early stage is key as once grain is infested in store, the only option is to remove it and apply insecticide, to the grain itself. It’s expensive and a logistical nightmare,” says Mr Black.

There are limited options for chemical control of in-store insects, with other options including organophosphate insecticides which have a poor environmental and operator profile. There are also pirimiphos-methyl-containing smoke bombs.

“Smoke bombs offer good knockdown of insects, but they give no residual activity, so are a ‘quick fix’ and can allow insects to build up again,” says Mr Black.

Bayer’s K-Obiol offers two months’ residual protection and gives growers the chance to clean their stores early, apply the product and have peace of mind that insects will be controlled until grain is on its way into the store.

“It takes adult insects out, but where they have laid eggs, when those eggs hatch the larvae are also controlled. When it gets to harvest, there should be no insects, unless they come in from an external source,” says Mr Black.