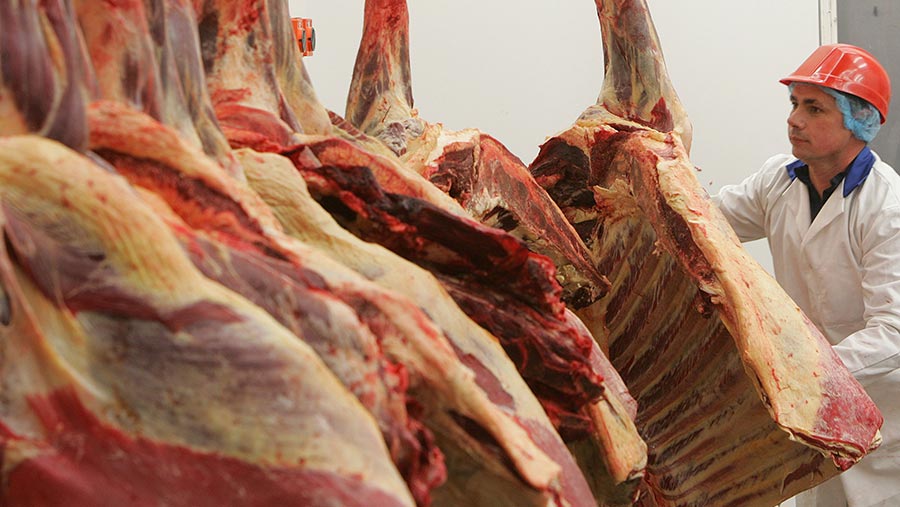 Processing giants Dunbia and 2 Sisters look set to merge their red meat businesses, as pressure on margins pushes the industry towards further consolidation.

Neither company would comment on reports they were planning a £1.3bn joint venture.

The deal, first reported in The Grocer, would end months of speculation that Northern Ireland’s Dunbia was looking for buyers.

The Dungannon-based processor, started 40 years ago in a butchers shop by brothers Jim and Jack Dobson, sent out a “teaser” document to possible purchasers in December.

At the time, the company said it had received several “serious expressions of interest” from investors over the past two years and was now considering its choices.

See also: Dunbia looks for investors as route to expansion

“Market dynamics are continually evolving and we are currently exploring the best options to ensure that we are well placed to meet the demands of the marketplace, now and in the future,” a Dunbia spokesman said.

Earlier this month Danish Crown, Cranswick and Brazilian firm JBS were touted as potential buyers for parts of the business.

A merger could help both 2 Sisters and Dunbia manage the tough economics of red meat processing.

Business analyst Plimsoll found 31 of 145 processors survey were “in danger”, meaning they could be less than two years from folding. They also found 30 companies were making a loss, with 12 losing a quarter of their value.

But 59 companies were “ripe for takeover”, Plimsoll concluded.

2 Sisters Food Group began as a poultry business, cutting and packing frozen chicken, in the Midlands in 1993.

Founder Ranjit Singh has led the firm to become one of the biggest food manufacturers in Europe.

2 Sisters entered the red meat sector in March 2013, when it bought the UK arm of Dutch processor Vion.

Dunbia currently processes more than 300,000 cattle, a million lambs and 800,000 pigs each year, for foodservice, wholesale customers and retailers, including Sainsbury’s. It revenue is close to £800m.

The company employs about 4,000 people across its sites, with more than a quarter in Northern Ireland.