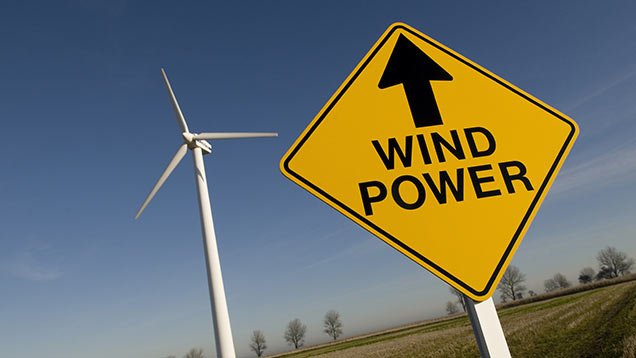 Subsidies for on-farm wind face further uncertainty, after the government has decided to close support for new onshore projects a year early.

The Renewables Obligation, (RO) which typically funds medium and larger installations, will now close on 1 April 2016, instead of March 2017.

Farms with small- or medium-sized wind projects supported by Feed in Tariffs (FiTs) should not be directly affected, with their own review coming next year.

And the auction-based Contracts for Difference regime will take over support for bigger wind installations.

But advisers and land agents have said the lack of detail in the Department of Energy and Climate Change (Decc) announcement could cause nervousness.

He said landowners looking to rent land for larger wind farms could also be affected.

“The FiTs will remain available which for individuals farmers has been more useful, as it is aimed at smaller scale,” Mr Beeley said.

“But more projects going into the FiTs because there is no longer a RO could mean the digression in FiTs will increase.”

In a short statement, Decc has said 5.2GW of wind projects, not yet built but with grid access and planning permission, could have a grace period and still take the RO support.

Solar schemes went through a similar process last year, with the RO closed to new installations above 5MW. They also had a grace period, though there were several precise conditions that had to be met.

Decc also said it would look at options for continuing to support community energy projects.

And, in the Queen’s Speech, the government also announced plans to give local communities the final say in wind farm planning applications.

“The renewable market is resilient and it has always learned and adapted to the market, thus there is still a future for a form of on-shore wind but possibly not in the form of the large-scale wind farms we have seen built across the UK over the past five years.”
Rebecca Shaw, Stutt & Parker

Strutt & Parker resources and energy surveyor Rebecca Shaw said Thursday’s announcement was part of a push for renewables to stand on their own two feet.

“The renewable market is resilient and it has always learned and adapted to the market, thus there is still a future for a form of on-shore wind but possibly not in the form of the large-scale wind farms we have seen built across the UK over the past five years,” she said.

Reactions were particularly strong in Scotland, which has about 70% of the UK’s onshore wind projects in the planning system.

Scottish energy minister Fergus Ewing said this was not a scrapping of a “new” subsidy but a reduction of an existing one, under which companies and communities had planned investment.

He said this would cause uncertainty for investors in the whole renewables sector, with no new information on the CfDs or FiTs.

“The UK government has ignored the concerns of businesses and organisations who are integral to the future energy security of both Scotland and the UK,” he said.