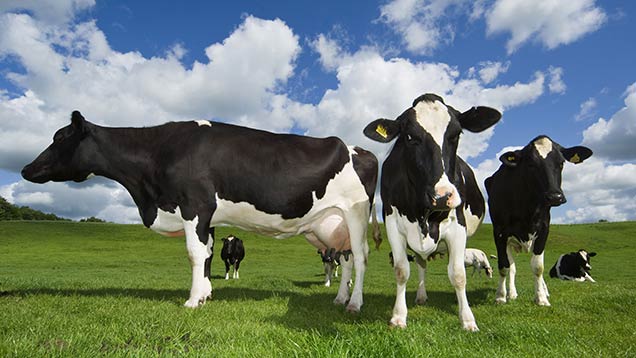 EU milk deliveries in April and May – the first two months after abolition – were 2.1% higher on the year.

Top dairy nation Germany recorded a 2.3% rise, while Ireland led the way with an 11% jump.

The high numbers contrast the first three months of the year, when many countries reined in output to avoid hefty fines for breaking quota limits.

INTL FCStone commodity risk manager Charlie Hyland said the first part of the milk season had been marked by good weather and the latest figures were at the top end of predictions.

He said high temperatures in June and July had helped production come back a little since then, particularly in France and Germany.

And low prices would eventually bite and farmers would cut back on supplementary feed – which should help ease milk production.

“It is all about cashflow. The taps are not going to be stopped because with low prices farmers need to get more money in.”

“It is early next season we will see the pull back, but it is really hard to say when we come out of this in the next six to nine months,” Mr Hyland said.

The statistics come from the EU’s milk market observatory (MMO), the body that gathers dairy information from across the continent.

The MMO estimates the average European milk price to fall to 30.4 cents/kg (21.7p/kg) in June.

It now expects 2015 production to rise 0.9% compared with 2014, as farmers produce an extra billion litres with more cows and good forage conditions.

The commission has approved proposals to extend the emergency measures of intervention buying and private storage aid.

A fortnight ago, Lithuania offered almost 200t of skim milk powder into the intervention scheme, which aims to stabilise prices when they slump to a certain level.

AHDB Dairy senior analyst Luke Crossman said any drop-off in supply would have to come from New Zealand, as European countries had invested heavily before the end of quotas.

He said culling was more likely in the UK, where farmers had not geared up as much as the likes of Ireland and the Netherlands ahead of March’s abolition

“[Low] pricing has not really filtered through but weather over the past couple of weeks has helped a bit,” he said.

“My gut instinct is when people bring cows back into housing we will start seeing people think about levels of production.”