The credit crunch may have caused a sharp decline in clothing sales, but food sales are on the increase, welcoming the birth of the “savvy shopper” in supermarkets and local food stores.

Trading down, cooking from scratch and buying locally are just some of the shopping patterns consumers have undertaken to beat the rising cost of living.

Recent figures from The British Retail Consortium reported food and drink as the only sector to show sales that were significantly up on a year ago.

What is a savvy shopper?

Sainsbury’s fresh food director Simon Twigger defines savvy shoppers as people who are looking at ways to save money when they are shopping. “People are buying more from the Basics range and down-trading from brands to own-labels to save money,” he says.

Customers have less disposable income, but essentially are not changing their values. They want good, tasty food that has been sourced responsibly and to know where it has come from, he says.

“At Sainsbury’s we have seen customers cutting back on non-food purchases, but not cutting down on food,” adds Mr Twigger.

Joanne Denney-Finch, chief executive at the Institute of Grocery Distribution (IGD), says more than half of shoppers say they have been economising over the past six months and yet only one in 10 feels they have comprised on quality.

By comparison, one in five feels they have improved their food experience. Smart shoppers are putting in more effort to maintain the quality of what they eat, she adds.

Mrs Denney-Finch says shoppers have developed a new set of values in ethical shopping. In these turbulent times, it seems they are scrutinising value, but not compromising on value. 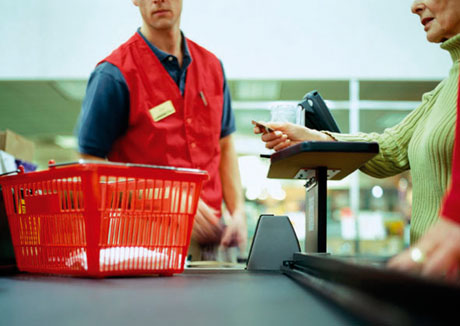 The IGD Home and Away – the Role of Provenance recent report showed that consumers are also watching what they spend by turning to local food and shopping in local, specialist stores. Those in rural communities are making shorter journeys and are visiting local food stores.

The report also reveals that consumers believe that the high price of fuel would, inevitably, make local food cheaper than imported goods, as it has less distance to travel. But local food is also seen as higher in price than many big brands.

The 61% of consumers who already buy or are interested in buying local food say price is the main barrier to buying it.

The report says local food needs to remain competitively priced and show value for money, and that retailers and suppliers should continue to review promotional strategies.

How can the poultry industry capitalise the change in shopping patterns?

Amanda Cryer director of The British Egg Information Service (BEIS) says eggs are seen as an economical food and are, therefore, good for the credit crunch.

The BEIS is planning to launch a dozen new recipes for less than £1 next year to help consumers crack the credit crunch.

With Mr Twigger commenting on Sainsbury’s plans to redesign its egg fixtures in January 2009 to help boost sales, this can only be welcome news for the egg industry.

Sales in dark poultrymeat have also seen a significant increase in recent months, giving producers the chance to capture a new market.

But Mrs Denney-Finch says there are several big traps that companies could fall into when responding to these changes in shopping behaviour. She warns about over-simplifying to achieve value. “Some are fearful that we are heading for a market where only price matters. Shoppers are sharper than ever and are not compromising, so I don’t think we should either,” she says.

Another problem she is concerned about is companies cutting back on the wrong budget, such as marketing. Shoppers are becoming more promiscuous, so companies should grab their attention by reinforcing brand values and making it clear what they stand for, she adds.