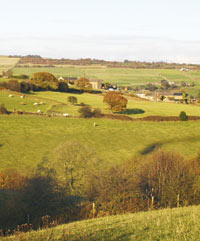 In a move described as “ludicrous”, DEFRA is changing the way it administers agri-environment schemes in England in a bid to escape being fined by Brussels for alleged non-compliance with EU rules.

The changes are likely to mean farmers will receive environmental payments annually, rather than twice a year. It is also likely that all applications and renewals will have a single annual deadline of 15 May – the same as the single farm payment.

This won’t alter the amount of money farmers receive and it is unlikely to affect capital payments. But it will have a dramatic impact on cashflow, especially for those producers more reliant on agri-environment payments for income.

Regular, six-monthly payments were a major bonus of the agri-environment schemes and vital to farming businesses, said the NFU. Upland farmers were likely to be among those worst-hit as they were most dependent on stewardship payments.

Europe’s desire to see all payments verified in a single group – rather than throughout the year as now – would also significantly increase the seasonal workload for farmers, land agents and government officials.

“DEFRA needs to find the best way forward out of this mess,” said NFU president Peter Kendall. “To find ourselves in this situation is astonishing given that these schemes have been in operation for several years and were approved by the commission.”

Both the NFU and the Country Land and Business Association are calling on DEFRA to challenge the EU audit, warning that essential steps must be taken to mitigate the chaotic effects the changes would have on the industry.

CLA president William Worsley said: “It is ludicrous that significant amounts of money will be spent to make the schemes compliant at a time when government departments must cut costs.”

DEFRA insisted that the schemes were “basically robust” and provided a good level of financial control. Any changes to comply with the commission’s interpretation of the legal requirements were unlikely to be made until 2011 at the earliest.

“Environmental stewardship will continue to remain open for business and we strongly advise farmers and land managers to apply as normal,” said Robin Tucker of Natural England, which administers the scheme.