PICTURE STORY: The NFU has joined thousands of farmers in Luxembourg to protest at poor market returns suffered by the farming industry.

An NFU spokesman said the union hoped it had raised awareness of the crisis facing the dairy sector across Europe as a result of low milk prices.

“British milk prices have not fallen as much as prices elsewhere in Europe, but that’s only because the weakness of sterling has offered us some insulation,” said Mr Jones.

“However, the scale of the cuts we have seen means that many farmers are once again getting less for their milk than it costs them to produce it,” he said.

British milk production has fallen dramatically over the past five years and is currently at its lowest point since the 1970s.

“This day of action shows the strength of feeling among our farmer members. Dairying is a long-term commitment and we need to see this same commitment echoed throughout the supply chain,” added Mr Jones.

The mass demonstration, which will involve farmers from all the EU’s 27 member states – including six from the UK – is being organised by EU farmers’ body COPA-COGECA.

“Food production is the single biggest economic activity in Europe and it is facing serious problems,” said the organisation’s secretary general Pekka Pesonen. “Dairy in particular is in a very severe crisis, and other sectors, from pig meat and olive oil to sheep and goats are suffering, too.

“Even as the causes of the problems differ, the result is always the same – we are not getting a fair share of the value of the final product.”

The crisis affecting the dairy sector is likely to be a major focus of attention. Despite a decision by the EU dairy management committee this week to raise export refunds for milk powders, Irish Farmers’ Association leader Padraig Walshe called for a “much more aggressive approach”.

“Prices have fallen to their lowest level in recent history, in some countries to those of 1983. To make matters worse, production costs have remained at an all-time high. This is disastrous for farm incomes, endangering the very existence of dairy production in the EU.”

The protest in Luxembourg was preceded by a demonstration in Brussels on Thursday (18 June), when hundred of farmers from Germany, France, Belgium and Holland drove their tractors to the city centre as EU heads of state met for a summit meeting. (See picture gallery below)

Almost 1000 tractors and 3000 farmers were involved, according to rally organisers the European Milk Council.

Their principle demand was for an immediate 5% quota cut, to tighten the market and allow cost covering prices to be achieved. But the EU Commission says production is already well below quota and such a cut would make no difference.

The following is selection of pictures from the day: 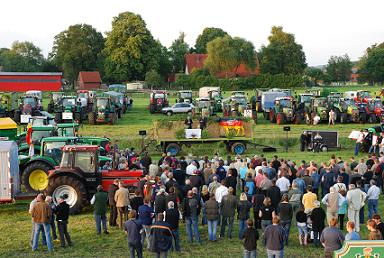 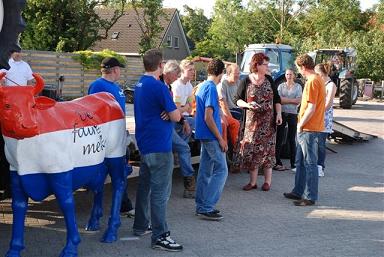 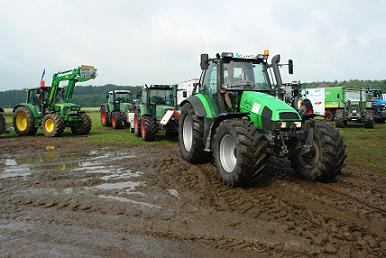 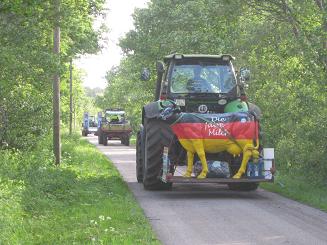 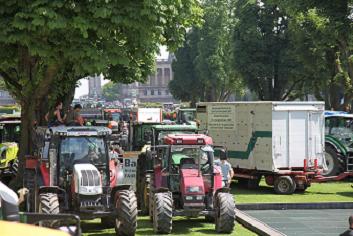 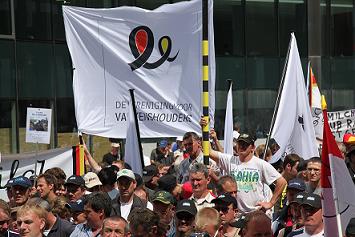 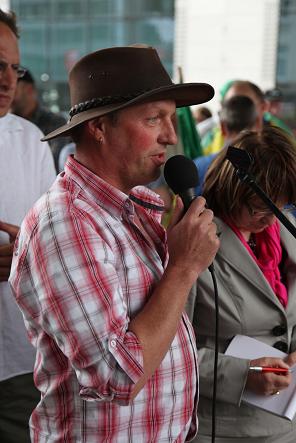 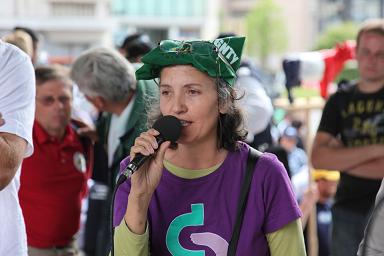 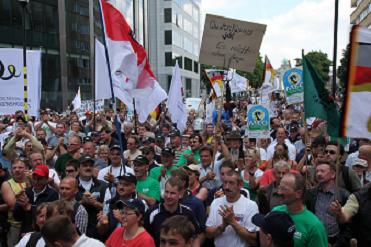 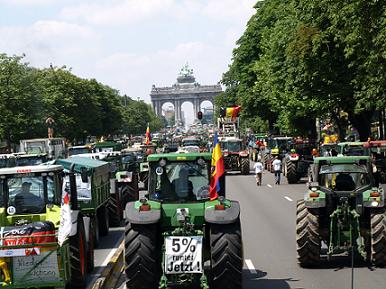