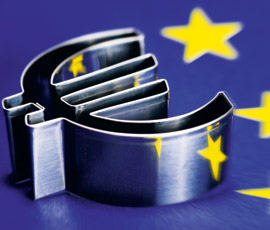 The euro value of single farm payments for 2013 will fall by 4% as part of the EU’s budget financial discipline measures.

The impact of these cuts, in comparison with the Single Payment Scheme 2012 payments, will be absorbed for most UK farmers because of the more favourable euro/sterling exchange rate. The exchange rate was set at the end of September and is 4.76% better than the 2012 level.

“The commission had originally planned to exempt all farmers whose payments were less than €5,000, but the NFU worked hard with EU officials to bring that figure down to €2,000 to spread the burden more evenly across all European farmers,” said NFU senior CAP adviser Gail Soutar.

Claimants in Bulgaria, Romania and Croatia will also escape the cut as these new member states are still phasing in the CAP.

Financial discipline is necessary because the forecast for financing 2013 direct payments and market related expenditure exceeds the agreed 2014 budget ceiling of €44.13bn by €1.47bn.