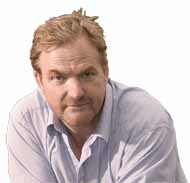 I hesitate to say this, but I’m just loving this drought. It helps, of course, that my little patch of clay-over-chalk seems to be holding the moisture reasonable well and my crops are still looking green, if a little thin in places.I know perfectly well that up east in big yield country it’s getting desperate, and prospective yields are being slashed from a normally effortless 4t/acre by the day. But every so often it’s nice to find that having mediocre “2.7 t/acre if you’re lucky” soil might pay off. It’s also undergoing the most thorough subsoiling you’ve ever seen without a drop of diesel in sight.

It’s also nice that all that effort stacking and coddling the winter barley straw last harvest has paid off. We’ve been selling it for some very handy prices – assuming, of course, that the straw dealer who bought 76 big bales finally acknowledges that “buying” straw traditionally involves giving money to the seller, but we’re used to that from straw dealers.The fact that we’re not making hay and silage any more also calms the spring nerves somewhat. And yes, buying feed corn must be a nightmare at the moment, and looks to be so for some time yet. But we arable farmers haven’t got to look back too far to see feed wheat leaving the farm for £70/t – and look a bit further back to see feed barley at £48/t.

But what I love most about the drought is this: the best thing to happen to the farming industry would be a shortage of what we produce. Think back to the 80s and early 90s. Remember the grain mountains? Remember what happened to agriculture when it became widely assumed that farmers served no purpose? We’ve had a generation’s-worth of red tape (to provide employment) and a redefinition of the countryside as almost anything but somewhere where food is produced.The reaction to the “red tape review” has been hilariously predictable: lots of terribly earnest cries of “we will be looking hard at the proposals” and “work will start at once on the recommendations”, and, of course, “we will do everything in our power” – in other words, absolutely nothing can happen and nothing will happen.Farming, with its multitude of different daily tasks, each one worthy of inspection (and therefore an inspector, with his own car, and a clipboard, and a secretary, and an office and a nice logo) is a nice clean and compliant surface just begging to be smothered in red tape.

Now look at the rumbles coming from across the globe about yields. Read the reports of how world stocks are declining. Look how the market is reacting. Another year of poor yields and the definition of “farmer” might revert to “someone who produces food”, and, more importantly, the general public might realise that a scruffy 25-acre Hampshire patch of clay-with-flint-over-chalk is not a balloon landing site, or a dog walking zone, or a scrambler track, or a site for an idiotic wind turbine. It’s there to produce wheat or meat – in other words, food.

So bring on the drought, and perhaps a couple more. Then we’ll see a bonfire of red tape; a proper one, hot enough to consume the “when I washed the combine harvester” book and a hundred others beside. That fire will never get hot enough if it’s rained on.

FWispaceReaders have been sending us their pictures of the dry conditions – check out what crops are looking like in other parts of the UK and upload your own at www.fwi.co.uk/drought2011