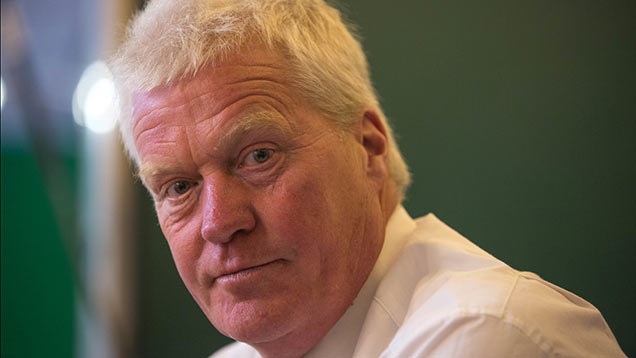 Farmers For Action chairman David Handley has confirmed he will quit dairying by the autumn, with no market rebound in sight.

Mr Handley, who first threatened to leave in January, told Farmers Weekly he will sell cows as they calve this summer, rather than hold a dispersal sale.

The lobby group leader has already sold the youngstock from his 140-head Jersey herd, after he went clear in a TB test this spring.

His milk price has fallen from 32p/litre last spring to the low 20s, pushing him into the red.

Mr Handley said milk prices were unlikely to improve soon and he did not want to take on extra debt, after paying back borrowing over 20 years at his Monmouthshire farm.

“You have got to be a realist in this world,” Mr Handley said. “I would like to be out of cows before the autumn.”

Mr Handley will still take a lead role in FFA’s fight for better prices in the dairy sector.

A “Farming Industry in Crisis” meeting has been planned at Market Drayton market in Shropshire on Thursday 16 July.

Mr Handley will be speaking alongside NFU dairy board chairman Rob Harrison and a representative from the Tenant Farmers Association.

“I would like to be out of cows before the autumn.”
David Handley, Farmers For Action

He said the FFA will now be targeting supermarkets, which have sucked money out of the supply chain by slashing the on-shelf price of milk.

Protests will include letter writing, meetings with government and retailers, as well as direct action, Mr Handley said.

Roughly half of the UK’s 13-14bn litres of annual milk production goes into the liquid market.

Just over one-third of that is covered by cost-of-production contracts, with the rest priced at the volatile market rate.

Asda and Morrisons have the cheapest deals among the biggest chains, with four pints available for 89p.

Mr Handley said millions of pounds could come back into the dairy sector if retailers charged the £1.28 that recent research showed shoppers would pay.

“Six billion litres of milk have been dragged into the global milk pricing issue,” he said.

“It has let the supermarket stock it high and sell it cheaper.

“We have got to do something about it.”