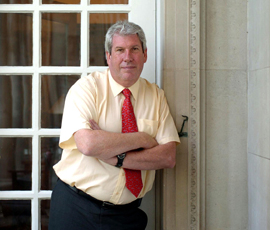 The ex-Labour MP for Scunthorpe, who had been due to stand trial, entered two last minute guilty-pleas on Thursday  (7 April).

He could now be sent to prison.

The first charge related to £14,428 of claims made by Mr Morley from 2004 to 2006 for mortgage interest on his constituency home in Lincolnshire.

The second charge related to £16,000 claimed for mortgage interest between 2006 and November 2007 – after the mortgage had ended.

He also served as environment and climate change minister before leaving government in the May 2006 reshuffle.

Other MPs involved in the expenses scandal have already been convicted.