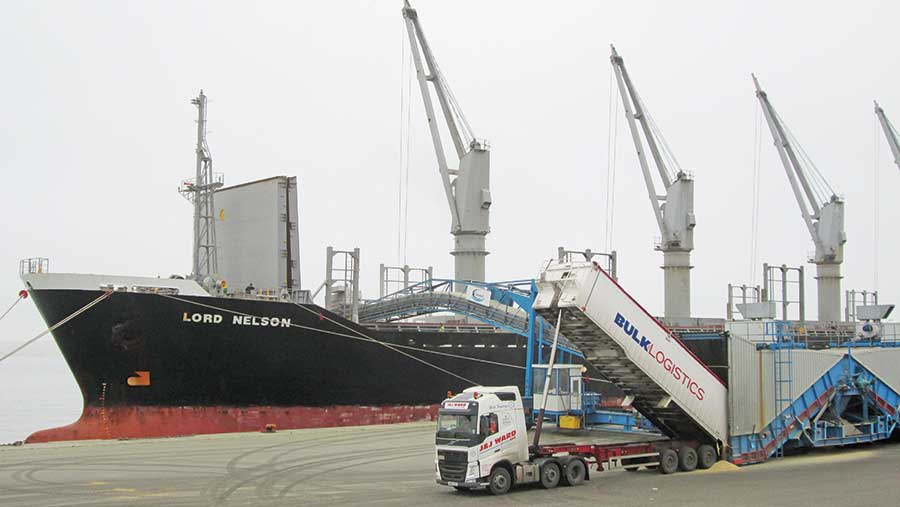 Barley prices have firmed slightly with ex-farm values in most regions midweek in the mid-£120s/t, although rising to £130/t in the North-West and £132/t in the Borders.

This compares with feed wheat at £125-£142/t. With many potential malting barley samples having failed to make the grade, there is estimated to be 20-30% of the feed barley crop unsold on farm.

However, exports have picked up and look like beating the three-year average of 1.4m tonnes. UK barley is gaining business in competition with France, the Baltic and Black Sea origins.

The spread between spot UK ex-farm feed wheat and barley prices has narrowed in recent months. AHDB analysis shows that in the week ending 21 December, the spread reached an 18-month low of £9.40/t.

The narrowing was caused by rising ex-farm feed barley prices, while UK average feed wheat prices have remained relatively stable since early October. In the week ending 21 December, the average ex-farm barley price was the highest since late May 2014, at £128.30/t.

UK compounders used a record high tonnage of wheat and barley in November 2017, according to Defra stats which go back to 1992.

They consumed 99,000t of barley, which is 20% higher than the tonnage used in the same month of the previous year.

Barley values have been helped by a relative tightness in some competing protein markets, such as wheatfeed and dried distillers grains, said Gleadell Agriculture trading director Jonathan Lane.

Gleadell has kicked off 2018 exports by loading the MV Lord Nelson in Great Yarmouth with 25,000t of feed barley bound for the Spanish Mediterranean port of Cartagena.

This follows a shipment of more than 26,000t of feed barley earlier this campaign and the firm has more export trade booked.