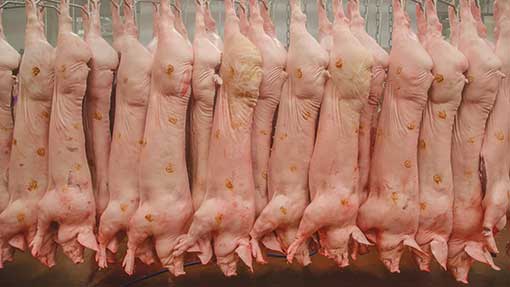 The Hull-based company said total sales were 13% higher in the year to 31 March 2014, but its operating margins would be slightly below the 5.7% recorded the year before.

It said exports were “well ahead” on last year due to good demand for pork in the Far East.

UK pork exports to China are growing quickly, with January’s total of 2,428t up from 1,686t the year before, and cheaper, unusual cuts such as feet and offals particularly popular.

The British deadweight average pigs price (GB DAPP) has fallen consistently since January, but has been more than 4p/kg higher than last year, with UK pork at least 20p/kg more expensive than the European average.

Cranswick grew its pig-rearing business in the past 12 months and now produces up to the pork it processes, having bought East Anglian Pigs in April 2013 and two other herds in the autumn.

Stockbroker Shore Capital said the results had not changed its positive forecast for Cranswick during the next year.

“While cognisant that the retail environment remains subdued, and the UK supply chain may not be immune from the tightening pricing environment across the UK, we believe Cranswick remains well-placed to deliver sustained revenue and earnings growth, supported by a well-invested, industry-leading processing infrastructure and sustained cash flows and strong balance sheets that provide considerable flexibility,” said analyst Darren Shirley.