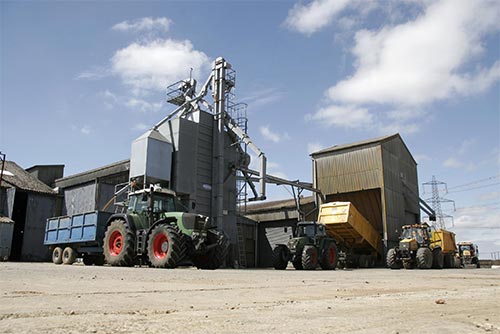 Almost 60% of British farmers plan to tackle rising energy costs in the coming year – but only 43% are confident in their ability to do so, according to a new Farmers Weekly survey.

The survey, conducted in association with energy company E.ON, showed that 67% of respondents planned to make operations more efficient in the coming 12 months, with 48% saying rising energy costs were a key priority. Complying with legislation and managing commodity prices were other important factors.

Energy prices have been very much in the spotlight over recent months, and more than half of the farmers polled were concerned about the government’s energy policy. “Farmers need consistency, transparency and long-term policy signals,” says Jonathan Scurlock, chief renewable energy and climate change adviser at the NFU. “At the moment we are seeing too much political point-scoring, particularly when it comes to consumers’ bills and renewable energy production.”

Some 69% of farmers said they needed to take a longer-term view of energy use and costs rather than focussing on monthly bills. Almost half said they wanted a better grasp of energy use on their farm, and 45% wanted help identifying options for reducing energy use.

“Only 56% know where they are using energy”

Of the main barriers to managing energy use on their farm, 41% cited complicated tariff structures; 37% said high costs, and 30% reckoned it was too time consuming. Worryingly, 29% claimed there was a lack of data and understanding of energy use, with a similar number complaining about lack of information on how to reduce energy use.

Andrew Kneeshaw, managing director of the Farm Energy Centre, admits that comparing one tariff with another can be confusing. “But regulation and better practice is starting to improve things for small businesses.” Examples include scrapping restrictive notice periods on contracts, and reducing back-billing from six years to one.

“Information on comparative energy usage of machinery and equipment is patchy, but it is getting better,” he adds. “And there is plenty of advice out there, whether through your energy supplier, the Farm Energy Centre, national farming organisations or levy boards, which offer sector-specific help.”

On average, farmers reckoned they spent an estimated £5458 a year on energy, with holdings over 200ha averaging £7500 and those between 20ha and 99ha spending £3500. But only 56% knew exactly where they were using their energy, with just a quarter using energy-monitoring tools.

Fertiliser, fuel and feed were farmers’ greatest areas of expenditure, but almost a fifth said energy was their highest cost. Lighting, heating and grain drying accounted for the most energy usage, respectively, although farmers’ perceptions were perhaps different to reality, as previous surveys show heating to be the greatest drain.

“Very few people are carrying out energy audits or connecting up monitoring systems so they can see where they should be focusing their efforts on saving energy,” says Iain Walker, head of SME at E.ON. “By far the majority of energy used in agriculture is in heating, refrigeration and ventilation. Improving heating controls or insulation will have a significant effect on bills, but often comes near the bottom of people’s ‘to do’ lists.”

In a bid to reduce costs, 70% of respondents had changed their light bulbs to energy-efficient versions, and the same number were taking care to switch off lights when not in use. Half were turning off machinery, while 29% had bought more energy efficient equipment.

“It is concerning is that the vast majority of efficiency measures are focused around lighting, which only accounts for 6% of energy use on a typical farm,” adds Mr Walker. “There seems to be a disconnect between where energy is actually consumed on a farm and what people are doing to reduce it. It is only by getting a grip on exactly where you use energy that you can put a plan in place to start making serious reductions where it matters most.”

Over the past year, two-thirds of farmers said they had acted to reduce energy costs, with 61% having changed their tariff or supplier. A surprisingly high number – 38% – had invested in renewable energy, with 30% changing the timing of operations. Almost two-thirds reckoned their energy management had become more efficient over the past five years, but 30% said it hadn’t changed and a worrying 9% said they didn’t know.

In the coming year, 94% of farmers hope to reduce their costs of production, with 55% expecting to do so by adopting new farm management practices. A similar number plan to monitor and manage farm energy bills, while almost half anticipate negotiating more favourable contracts with suppliers. Some 42% want to invest in more efficient machinery and equipment, and 15% plan to change staff behaviours in a bid to reduce costs.

Over the same period, 59% plan to implement energy specific actions, with more than a fifth hoping to invest in renewable energy technology. Another 16% plan to change tariff or supplier, with 14% expecting to improve the efficiency of electrical, heating and ventilation systems. However, only a tenth anticipate carrying out an energy audit, 6% will install smart energy meters, and just 3% expect to invest in automatic monitoring and targeting systems.

According to Mr Scurlock, carrying out an energy audit and using smart meters is an important first step in tackling energy bills. “You need to go through all your areas of energy use, and examine your equipment – in some cases simply cleaning fans can really help performance,” he says. “Renewable energy generation may be attractive, but actually it’s the really dull stuff, like insulation and variable speed motors, that can give you a much better payback.”

Farmers are quite split in their view of renewable energy generation on farms, with 60% saying it is a good investment, a quarter being indifferent, and 16% claiming it would be a distraction from their core business.

“We are seeing three levels of engagement on energy issues,” says Mr Kneeshaw. The first is the employment of simple and low-cost money saving measures, like turning off lights and running heating or cooling equipment during off-peak tariff periods, which quickly produce big savings. The second is replacing old equipment with more efficient alternatives, which can also have a dramatic impact.

The third is generating your own energy, which can still provide an excellent return, albeit over a slightly longer period of time due to the high capital investment. “Generating energy is interesting; saving it isn’t,” he adds. “Often, farmers seem happier to spend £50,000 on a wind turbine with a 10-year return on investment than spending £1000 on energy efficient options with a three-year payback.”

When buying energy, 90% of respondents said they opt for the lowest cost supplier, with quality of service of key importance to just 36%. Only 22% demand an understanding of the farming industry; and when seeking information on how to reduce energy costs, most turn to buying groups, farming unions, energy advisers and industry publications.

Significantly, 28% of respondents had never changed their energy supplier; almost half of whom said that was because they weren’t sure it would be worth it. A quarter of those who hadn’t changed said the process seemed too complicated, with 14% saying it was too time consuming.

“If you have a substantial energy bill it is always worthwhile taking professional advice and considering alternative tariff options,” says Mr Scurlock. “But it is equally important to have a business plan for improving energy efficiency – any plan is better than none.”

Take a look at our Farm Energy Challenge to see what you could save.