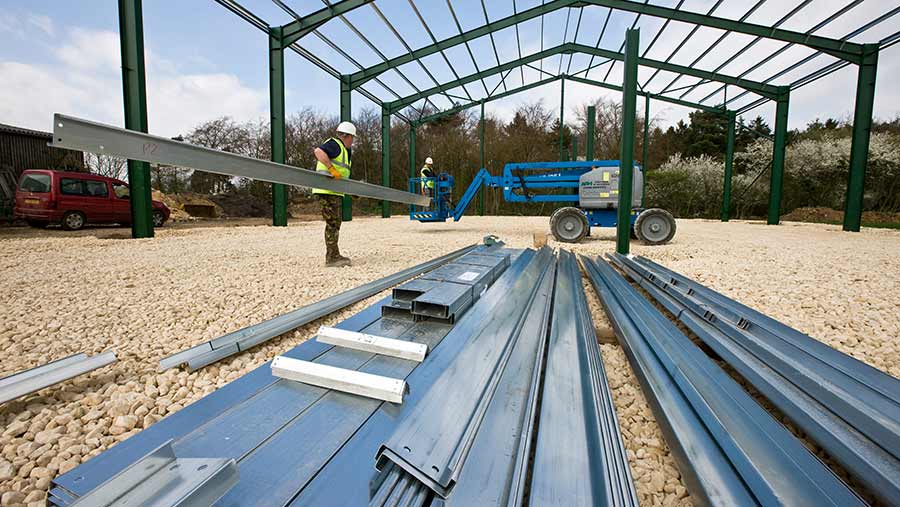 A new tax on buildings could cost farmers thousands of pounds and block vital investment, argue four agricultural organisations that have joined forces to fight the plans.

The Local Infrastructure Tariff (LIT) has been proposed to replace the existing Community Infrastructure Levy (CIL) which was introduced under the Planning Act 2008.

The CIL aims to allow local authorities to impose a levy on developers for every square metre of floor space created.

The income from the levy is then supposed to be used to help deliver community infrastructure around the new development and encourage further growth in the area.

Under the guidance agricultural buildings were to be categorised as liable to pay. But, recognising the lack of infrastructure required to service the building on farmland, the government said the levy rate should be set at zero.

However, many councils are ignoring that recommendation and including farm buildings under the category of industrial use.

Charges vary widely, from as little as £5/sq m in one council to £70/sq m in another. Incidences have been recorded where tax bills for calf buildings and hay barns have cost tens of thousands of pounds without any of the money being returned to pay for local projects.

Now the government has proposed the creation of the LIT. The new tariff is to be introduced to better target large developments that are putting a strain on local infrastructure and resources.

Again the recommendation is for agricultural development to be included in its scope, but held at a zero payment rate.

See also: Farmer made to pay £26,000 towards London’s crossrail

The groups argue that farm buildings are often relatively large in area, but of low value and low impact on local services.

In the letter, the farming bodies says any charge that is more than negligible has a disproportionate effect that can deter investment.

“Substantial CIL charges have actually stopped farm development from taking place. This has the effect of harming competitiveness of the industry and preventing improved productivity on farms.

“Unlike a housing development, a new agricultural building will not result in an increase in capital value,” the letter states.

“Any CIL or LIT charge will have to be funded by farmers from loans, repaid from the increased revenue expected from the development over future years.

“The cost of servicing the loan will be an additional direct cost to the farming business and will be paid out of fluctuating farm incomes,” it adds.

The government is expected to announce further detail on the LIT in the autumn.