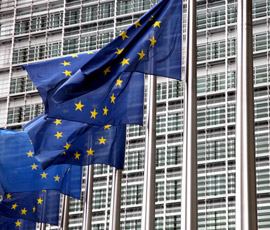 Farm leaders have urged negotiators to wrap up the final elements of Common Agricultural Policy (CAP) reform, saying certainty is vital for agricultural businesses to thrive.

Trialogue talks aimed at securing an agreement between the European Commission, European Council and European Parliament were due to resume on Tuesday (17 September).

European farmers’ group Copa-Cogeca said a final deal was vital so farmers and agricultural co-operatives could get on with their production and investment plans.

The political agreement on CAP reform reached earlier this summer was “a solution farmers can live with”, said Copa-Cogeca secretary-general Pekka Pesonen. “I hope it can be formally approved by the EU institutions as soon as possible,” he said.

Outstanding budgetary issues needed to be agreed so the new CAP could be applied in full in 2015, with a transition phase in 2014, said Mr Pesonen.

The Lithuanian EU presidency could then get on with agreeing CAP reform transition and implementation rules by the end of the year.

Remaining issues include details regarding the transfer of funds between Pillar 1 direct payments and Pillar 2 rural development measures.

There is also the outstanding question of capping or reducing larger payments to farmers.

The European Commission has said an agreement must be reached by the end of September so CAP reform can be implemented from 2015.