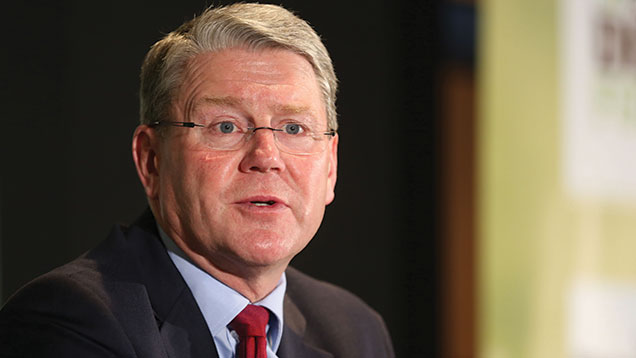 Farm levy boards are being challenged to deliver a better deal for producers as volatile commodity prices continue to pile pressure on arable and livestock businesses.

Major challenges that must be overcome to secure a better future for levy payers will be outlined by Agriculture and Horticulture Development Board (AHDB) chairman Peter Kendall at next week’s AIC Agribusiness 2015 conference.

The AHDB is the umbrella organisation for six sector bodies covering all the main farming sectors and horticulture.

While some sectors are performing well, others simply must do better, Mr Kendall will tell delegates at Peterborough on Wednesday (12 November).

Now seven months into his three-year term as AHDB chairman, he said: “We need to deliver a new way of working to make sure levypayers see no duplication, no competing between sectors for media or ministerial time and to ensure we work as efficiently as possible.”

It has been a year of change for the AHDB. As well as Mr Kendall’s appointment as chairman, the organisation has moved from three buildings into a new headquarters at Stoneleigh Park, Warwickshire. It is also due to welcome a new chief executive after Tom Taylor leaves at the end of this month.

Having all sector bodies in a single building was already bringing a more unified approach, said Mr Kendall. “What I want to do now is get a new chief executive in place and then look at how we can really ‘sweat the asset’ and make the organisation work much smarter together.”

Some sector bodies offered extension services and it was right that the AHDB played a big part in knowledge transfer and improving farm business performance, said Mr Kendall.

But it was also important to help the best performing producers compete in international markets.

The former NFU president also hit out at suggestions that sector body DairyCo should spend more money on advertising to help producers overcome low milk prices. “We have seen a price war over milk and no discernible increase in consumption despite that price war,” he said.

“We need to think about how we help farmers most in surviving, enduring and prospering from the volatility that we are seeing a lot of now – and making sure we spend that money wisely.”