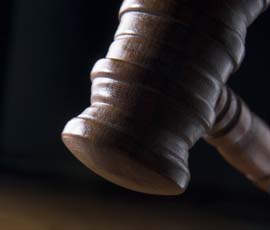 A farmer who allowed agricultural machinery to drag muck from his fields onto public roads has been fined £500.

He admitted two charges of causing mud and muck to be deposited on a road in such a position as to cause or be likely to cause an obstruction or danger.

The court heard that the offences were committed in Portrush on 7 November last year.

A prosecutor said drivers complained to police that the road was dangerous to drive on because of mud, which was brought onto the road by agricultural vehicles, working on behalf of McCollum.

The court heard that white lines and cats eyes were obscured by mud, which had affected the steering and traction of a police vehicle, according to the report, published in the Belfast Telegraph.