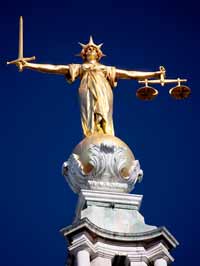 A farmer who was handed penalties of more than £50,000 after making errors on his single payment claim form has successfully appealed against paying the fines.

Peter Strawson of Ravendale farm, East Ravendale, North Lincolnshire, had thousands of pounds withheld by the Rural Payments Agency after he put the wrong start date on a 2007 claim.

While he was initially told he could correct the error to allow the claim to go ahead, the RPA changed its mind and withheld a payment of £14.193. He was also fined £36,300.

“The judge also found that because the RPA initially told Mr Strawson that he could correct the mistake to allow the claim to proceed, he had a legitimate expectation that that should happen,” said lawyer Patrick Taylor of Bridge McFarland, who represented Mr Strawson.

“Interestingly, the RPA denied having such a conversation, but Mr Strawson was able to produce phone records to back up his evidence,” he added.

“It is also worth noting that, if the RPA had not initially given this misleading advice, Mr Strawson could have withdrawn his application, losing the £14,000 payment but avoiding the extra £36,000 penalty.”

Mr Taylor said it was important the RPA could act against fraudulent claims, but it was obvious Mr Strawson – who was awarded costs by the judge – had nothing to gain from making an error on the form.

“We hope the outcome will encourage the RPA to deal with these cases in a more flexible and understanding manner in future.”