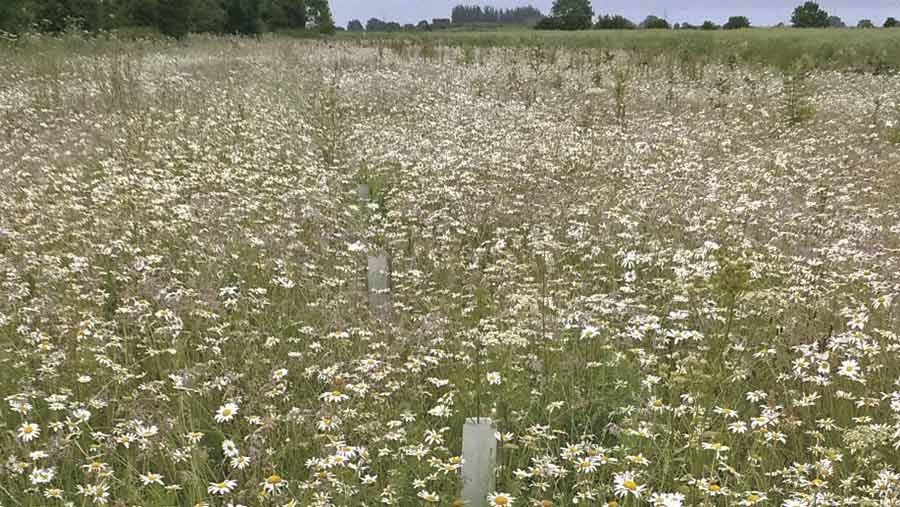 Farmers who will be unable to meet August sowing deadlines under an agri-environment agreement due to the hot and dry weather conditions are being urged to contact Natural England now to discuss their options.

The popular nectar flower mix option (AB1) offered under the Countryside Stewardship Scheme requires that the blocks or strips are established either between 15 March and 30 April or 15 July and 30 August.

Claire Robinson, NFU countryside adviser, said many farmers would find the 30 August date unachievable, given the dry conditions in many parts of the country.

“Farmers need to start thinking about their options if there is a deadline for planting of 30 August,” she said.

“Start the conversation with Natural England in order to get a derogation and perhaps agree a more reasonable date by which the option can be established.”

Failure to get Natural England’s agreement that late establishment is allowed could leave people open to payment penalties, she warned.

Defra has also issued updated guidance for farmers with an agri-environment scheme agreement who have been affected by wildfires.

They are being told they have 15 days in which to contact the Countryside Stewardship Delivery Services to discuss the severity of the damage and the impact it will have on meeting the terms of any agreement.

Previously, the guidance booklet has suggested that farmers must notify Natural England within 10 working days.

Where the damage affects what is possible in the current year (but the land is likely to recover by next year) farmers will be told to apply for either a derogation (under Environmental Stewardship) or a minor and temporary adjustment (under Countryside Stewardship).

Where the damage is more long-term – for example, involving the loss of trees or hedgerows that are part of an agreement – this may be considered ‘force majeure’ and Natural England will look at whether changes to the contract are needed.

‘Pick up the phone’

Ms Robinson urged farmers not to be shy of talking to Natural England to see what is possible if they are worried they will not be able to deliver on any of their options.

Some claimants were worried that asking for a derogation might make them more likely to get an inspection or suffer a payment delay, but she said she had been verbally assured that this would not be the case.

Decisions were typically taking two or three days to come back and she advised it was better to have clarity on what was expected and what the consequences might be for choosing a particular course of action.

The NFU is also looking to identify options where farmers can ask for greater flexibility on management rules to help ease the fodder situation later in the year, she added.

Meanwhile, the Welsh government has issued a list of new Glastir management options where it is willing to look at derogations on a case-by-case basis.

These include sward height options and stocking rates, plus other options which would help farmers with access to water or improve stocks of winter fodder and bedding.

For example, it says farmers with rushes on land under Glastir options can contact the Welsh government to make a case for being able to gather the rushes for winter bedding.

A spokesman for Northern Ireland’s Department of Agriculture, Environment and Rural Affairs said it had not issued any general advice or derogations relating to its Environmental Farming Scheme (EFS) as a result of the recent drought.

“The Department has received a limited number of enquiries related to plant establishment during the dry weather conditions and is presently advising callers to check their plantings later in the year and/or next spring,” he said.

“Participants are also reminded that, under the terms and conditions of their EFS agreements, they are required to replace any dead plants during the agreement period.

“If farmers are experiencing any difficulties in establishing EFS options arising from the extended dry spell, they should notify DAERA as soon as possible.  Such cases will be assessed on an individual basis.”

A Scottish Government spokesperson said that the current situation is being closely monitored by the Agricultural Weather Advisory Panel which shares information and best practice to help farmers and crofters respond effectively to issues like challenging weather conditions in the short and long term.

There are plans for panel members to consider derogation requests and deliberate whether or not a request should be made to the Commission via the UK Coordinating Body.

They have also held discussions with the industry, specifically on fodder and straw supplies and continue to encourage farmers and crofters to plan ahead and act collaboratively where possible.