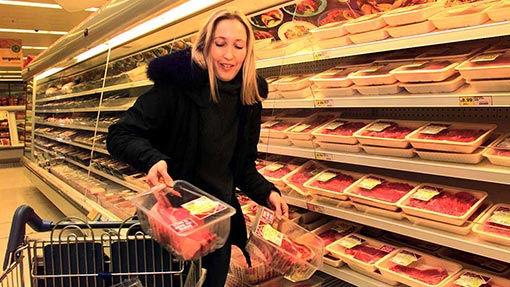 Dozens of farmers blockaded an Anglo Beef Processors (ABP) processing plant amid unconfirmed claims the company is handling Polish beef inside the factory, at the expense of domestic beef supplies.

Operations in and out of the site in Shrewsbury were brought to a standstill overnight Thursday (5 June) after Farmers for Action (FFA) members disrupted its services.

From about 9pm onwards, more than 80 FFA supporters turned up in agricultural machinery and blockaded the ABP abattoir amid claims that workers have been handling Polish beef inside.

Over the past few weeks, FFA has been monitoring activities at the factory.

FFA members claim to have recorded Polish lorries carrying refrigerator trailers in and out of the plant.

David Handley, chief executive of FFA, who attended the protest, said they had “done their homework” and claimed that Polish wagons were making deliveries to the site.

He called on ABP directors to “come clean” and let FFA leaders get sight of delivery records to the factory over the past few months. 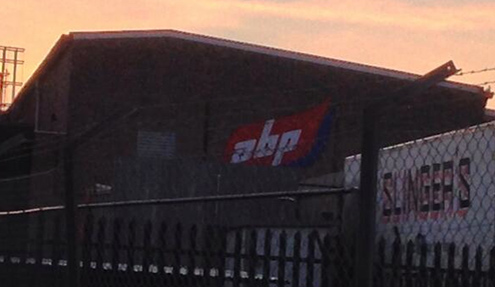 ABP, which recently opened to beef processing factories in Poland, has admitted that two small consignments of Polish beef have been delivered to the factory in the past two months for “specified markets”, which were not the mainstream supermarkets it supplies.

However, a spokesman for the company vehemently denied accusations that the plant is processing Polish beef on a regular basis and dismissed the claims as “complete rubbish”.

Even if ABP was processing Polish beef in factory, which it has rejected, the company would not be breaking any laws.

However, British beef farmers have reported that they are ringing abattoirs and being told that they don’t want their beef and there is a “six-week wait”, FFA members said.

“Beef farmers are being squeezed and these [processors] are lowering the deadweight prices all the while,” said FFA Cheshire co-ordinator Tom Houghton.

ABP is one of Europe’s biggest privately owned food processors. It has been supplying beef to Sainsbury’s since 1968 and this spring won a contract to be Sainsbury’s primary beef supplier until 2020.

A spokesman for ABP said FFA claims that the company was dealing with large numbers of Polish lorries were “without foundation”.

Instead, it said Polish lorries were delivering to a neighbouring meat processing company, in Battefield Road, Shrewsbury, which has no connection to ABP.

“Regarding a significant number of Polish registered lorries delivering meat to the ABP plant in Shrewsbury over the past number of weeks, ABP would like to confirm that this allegation has no foundation,” said the spokesman.

“ABP is aware of a number of Polish-registered lorries that have been going to a neighbouring unrelated by-product processing company which shares the same access road off Battlefield Road as ABP Shrewsbury.

“The by-product company is a major exporter of British by-products and we are aware they use a number European hauliers on a regular basis. ABP are also aware that from time to time the shared access road leads to queues for lorries entering both facilities.”

ABP was at the centre of the horsemeat scandal after tests In January 2013 found 29% horse DNA in a frozen burger made at its Silvercrest plant in Ballybay, Ireland.

The Silvercrest plant was one of three factories in the UK and Ireland that supplied beefburgers containing horsemeat.

In recent weeks, reports that foreign beef import, including Polish beef, have been increasing have been circulating in the farming industry.

According to figures from HM Revenue & Customs, £29.8m of Polish beef was imported in the UK in 2013 – equivalent to 3% of total UK beef imports.

By comparison, last year the UK imported £614m of Irish beef, or 78% of the total value.

The NFU said the dramatic fall in beef prices in recent weeks was a “major concern” for the livestock industry.

In the wake of the horsemeat scandal, many retailers and processors were not living up to their commitments that they would work more closely with farmers, added the union.