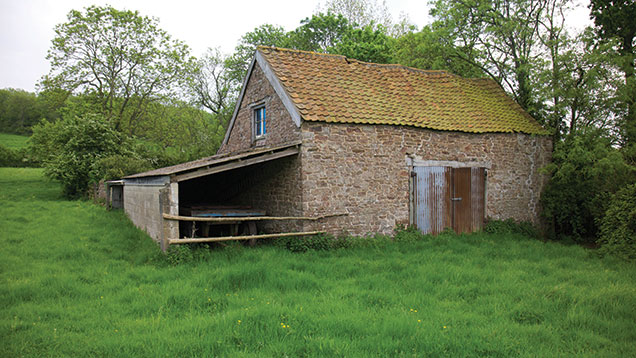 The conversion of farm buildings into dwellings is being hampered by confusing legislation, leaving many farmers frustrated.

Turning agricultural buildings into homes was meant to be easier with the introduction of Class MB permitted development rights (PDRs) introduced in April 2014.

It promised to give farmers additional income or housing for family and workers, boost housing stock and create rural jobs.

However, a lack of clarity in the legislation is leaving decisions down to the interpretation of individual planning officers and local planning authorities.

As Farmers Weekly reported (30 January 2014), this is turning into something of a postcode lottery.

Fenella Collins, head of planning at the CLA, warned that while some applications were being refused because they failed to meet criteria, others were rejected on grounds open to interpretation.

One common reason was that buildings in “undersirable” or “impractical” areas, or which were deemed “unsustainable”, were not permitted by the legislation – but there is no clarity on what this means.

Read our advice feature on how to give your PDR application the best possible chance of success.

Consequently, many applications are being turned down because they are in rural areas where people would need a car.

“There is real frustration out there,” said Ms Collins. “There needs to be greater guidance to reduce misinterpretation.”

Frustration is felt by local authorities as well. Farmers Weekly spoke to a number that said they needed greater clarity from government on what was and was not allowed for Class MB.

To help when he retires, 73-year-old farmer Michael Banks planned to use PDRs to convert his hay barn in north-west Devon into a dwelling, which he could then sell.

His application to Torridge Council passed on every single point – apart from conditions which prohibited developments deemed “undesirable” or “impractical”.

Probing further, Mr Banks was told his barn was too far from amenities and so the occupiers would have to run a car. This was considered “unsustainable”.

“It’s crazy,” said Mr Banks. “The government brought in PDRs for farm buildings and were clear about the conditions relating to [them] – so it has to be farm buildings [that are developed].”

“Farms are not in the middle of towns, so to claim you have to be close to shops and amenities, well it’s bloody daft.”

John Blaney, a planning consultant at John Blaney, is helping Mr Banks reapply to the council. Together they are arguing that turning the barn into a dwelling with a car user would replace, rather than add to, carbon emissions.

“The government policy is perfectly clear – they want barn conversions,” said Mr Blaney. The problem, he said, was with the loose wording of the National Planning Policy Framework, which left criteria around “sustainability” vague and down to interpretation.

During the past two months, Torridge Council said it refused all 10 of the Class MB applications it received, two of solely on locational grounds. The rest included buildings that were not in agricultural use and where the proposed dwelling occupied more space than the barn.

Kate Little, head of strategic development and planning at Torridge Council, said: “Unfortunately the government hype about this new permitted development allowance for agricultural barns didn’t highlight criteria of the new rules – for example, “whether the location or siting of the building makes it otherwise impractical or undesirable for the building to change from agricultural use to residential use,” nor any of the other restricting conditions.

“Consequently, many land owners and their agents have assumed that virtually any rural building, wherever it was, was a candidate for conversion without the need for planning permission.”

“We would advise that owners check with us first before submitting what is and isn’t a qualifying rural building.”