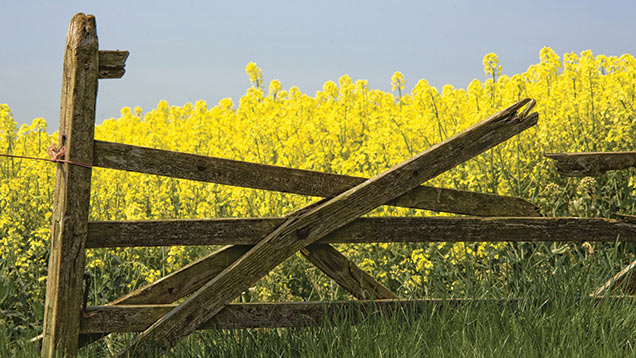 The Tenant Farmers Association (TFA) and the Country Land & Business Association (CLA) battled it out as part of the TFA’s campaign for 10-year minimum term FBTs and an overhaul of the tax system to end tax relief for landlords who offered short-term tenancies.

In the tenant corner…

Short-term tenancies did not allow tenants to cope with increasingly volatile markets, or incentivise them to invest and grow their businesses.

Soils, the environment – and the fabric of life for rural families and communities suffered as a result, he said.

Short-term tenancies were “a private problem” needing “a public solution,” he argued.

“A significant cause of short-term farm business tenancies is the failure of markets in long-term tenancies to arise naturally. This is because, for most landlords, there is insufficient self-interest in their production or preservation.”

But a sustainable framework, which provided “sensible” returns to landowners was possible, said Mr Dunn.

He pointed to the Duchy of Cornwall as a “beacon of good practice” with its 20-year average FBTs for whole farms.

In the landlord corner…

A strong farming industry needed flexibility that allowed landowners and tenants to agree terms specific to them, said Mr Shirley.

The TFA’s argument oversimplified things – the agricultural sector was more complex and commercial than before, with a “patchwork” of different agreements.

“My concern is that any short-term let is being seen as a greedy landlord with no view for the landowner’s objectives,” he said.

There were many situations where longer term agreements didn’t work and new entrants could be put off by long-term commitments, he added.

“Attempts to force arbitrary tenancy lengths may dissuade landowners from entering into tenancy agreements at all, which will exacerbate existing land supply issues.”

He said out-of-reach rents happened in situations where people bid for unsustainable rents and that bank lending was more dependent on a solid business plan than the length of your tenure.

Halfway through his 10-year FBT on a Hampshire council farm, Mr Fox said he would not have invested to the same level if it had been a five-year tenancy.

He has put money into cow tracks, ditching, reseeding the entire holding, drainage and soil improvement and has fenced the whole farm.

“Quite often the tenant wouldn’t see the merits of his work in the time of the tenancy – you need those 10 years to get the reward,” he said.

The high market value that FBTs were commanding meant that rents became tender rents rather than renewals, said Mr Bliss, who has an AHA tenancy and a 15-year FBT near Peterborough.

The TFA’s idea to limit agricultural property relief was “a fundamental way to level the market and bring some reality to it,” he added.

“I don’t recognise landlords being aggressive and not caring about their land and tenants,” said Mr Coghill.

Getting rid of 100% agricultural property relief would “close down” the arable sector, he said, and people would take land back in-hand.

Why should landlords who offer short-term rents get agricultural property relief, which was designed to encourage long-term land management, asked Mr Gray.

Short tenancies did not allow farmers to cope with the volatile nature of the industry, he said, referring to falling beef prices after he had taken on his tenancy.

“If I’d gone in on a five-year FBT it would have chewed me up and spat me out again – farming is a long-term game.”

Many council farm FBTs were designed to act as starter farms, but tenants didn’t want to move on, said Lord Curry. Should tenants, he asked, be moved to make way for new entrants?

“Andrew Shirley is in denial that there is a problem,” said Mr Cupit, who farms 717 acres on a 28-year FBT in North Yorkshire.

“In a very short period of time pure tenants will not exist,” with FBTs going to land-owning farmers who are able to take a gamble.

“We’re being annihilated,” he said.

“The market has failed. I see a lot of very short-term tenancies and every three years the tenant is forced to retender – I do not think that is good land management, particularly for the resource of soil.

“The case for regulation in the market is a strong one.”