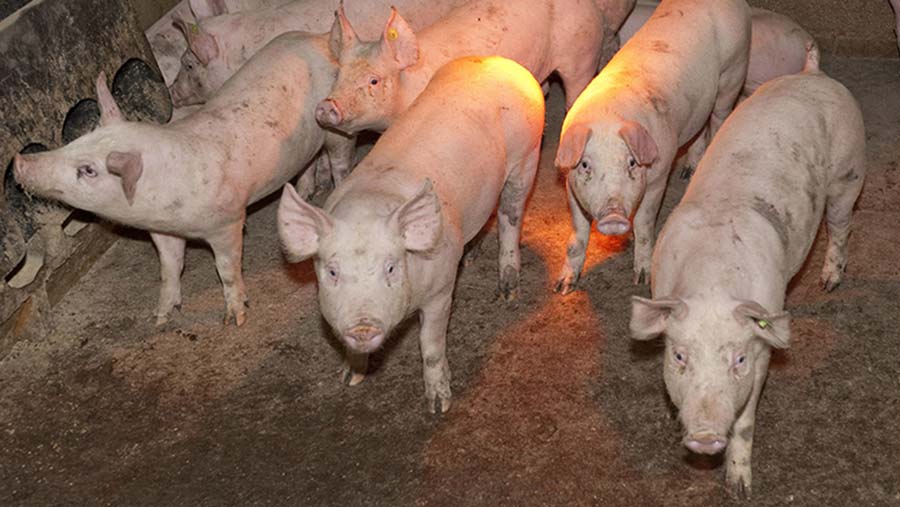 Most British pig farmers will now be losing money, despite the lowest production costs for six years.

New figures back up warnings from the National Pig Association that the rate of quitting the industry or downsizing has risen since the start of 2016.

Sow slaughterings in January and early February were 17% higher on the year, while the December census showed the English pig herd shrunk 4% in 2015, reaching 3.53 million head — the first decline since 2012.

“The UK pig price has continued to fall significantly following the census date, so we would expect that some of the breeding herd may come forward to slaughter since then, to tighten supplies later on in 2016,” AHDB Pork said.

The average production cost fell 4p/kg to 135p/kg in the last quarter of 2015, according to AHDB Pork, as feed prices dropped and on-farm performance improved.

But the All Pigs Price (APP) fell 6p/kg over the three months to 130p/kg, leaving most producers with a loss after non-cash costs such as depreciation and family labour.

The situation has worsened since the new year, after feed prices stabilised but pig values plunged again. Now farmers could be losing about 20p/kg or £16 a pig.

The levy board said this could be enough to force some producers to leave the sector.