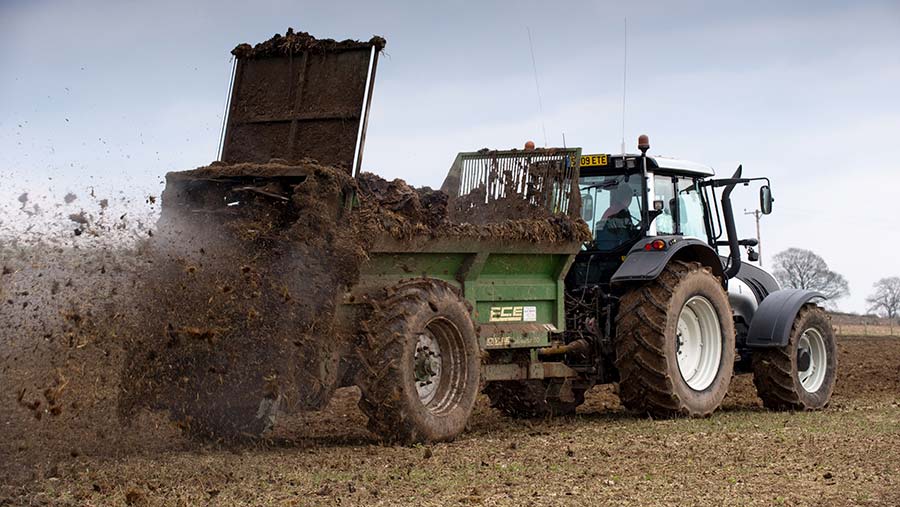 Farmers who are in Nitrate Vulnerable Zone designations in England are being warned they have just 28 days from being notified if they want to make a challenge.

Defra is in the process of revising the NVZ designations that will apply from 2017 to 2020, as part of its regular four-year review cycle.

It has suggested the overall area in England will remain about the same as in previous years at 58%. However, there are a number of new and de-designated areas.

Nicola Dunn, NFU water quality adviser, says it is important that once farmers have been notified, they respond quickly if they think the designation is unjustified.

“This is a once-in-four-years opportunity to appeal something that can have a significant impact on producers and to make sure the designation is robust,” she says.

“But the time given to appeal is very, very tight. Farmers have just 28 days from the date on their notification letter to submit any challenge.”

How do I know if I am affected?

Farmers in all NVZ designated areas (new and existing) will be officially notified, but they do not need to wait until a letter arrives to check their situation. Designated areas are shown on an interactive Environment Agency map which allows people to search by postcode or place name.

The map also shows the reason for the designation – such as groundwater or surface water problems. Once producers have found their farm, they can also double click to access more detailed information about the designation in the form of a printable data sheet.

When will I be officially notified?

Defra is in the process of writing to farmers to inform them if they are in an NVZ, according to Dr Dunn. Letters dated 3 January went out to producers in the river basin districts of the North West, Solway Tweed, Dee and Severn.

Producers in the districts Anglian, Thames, South East and South West should be notified on 23 January, while those in Northumbria and the Humber should receive a letter on 20 February.

On what grounds can you appeal?

The rules governing when farmers can appeal are strict. You can only appeal after the designation notice has been received and if your land either doesn’t drain to water that’s polluted or drains into water that shouldn’t be classed as polluted.

Are there any common mistakes in putting together an appeal?

Dr Dunn warns that the two reasons above are the only grounds accepted for an appeal. Farmers who try to argue against designation because of the burden of cost it will place on the business will have their appeals struck out immediately.

What sort of evidence is required?

Any appeals must also be supported by good evidence. This will probably require input from a specialist adviser such as a hydrologist or hydrogeologist who will be able to look at the data underpinning the designation and check whether the methodology is right.

For example, they will be able to identify if other potential sources of pollution, such as a sewage treatment works, could be influencing the results more than agricultural pollution.

How do you submit an appeal?

All appeals need to be sent to the First-tier Tribunal using an FTT’s Notice of Appeal form.

How much does it cost to appeal?

The cost will depend on how complicated the appeal is and how much work is required by any specialist advisers. An initial assessment of the case to gauge how likely an appeal is to win might cost a few hundred pounds.

However, the bill could run into thousands if more detailed data collection and analysis work is required. One way of reducing the costs of an appeal is for farmers in the same area to join forces and submit a group application.

For example, during the last round of appeals a group of 85 farmers came together around the River Dove to work collectively.

The NFU is encouraging producers to take this approach as the costs are shared and everyone shares the benefit if the appeal is won.

How likely is it that I will win an appeal?

Can I start work on my appeal now?

Farmers are strongly urged to lay the groundwork for any appeal as soon as possible – ahead of the arrival of the notification letter.

“Data requests to the Environment Agency, such as monitoring point data, or sewage effluent discharges etc, can take up to 20 working days (26 days including weekends), therefore it is essential to start now if you are considering appealing.”