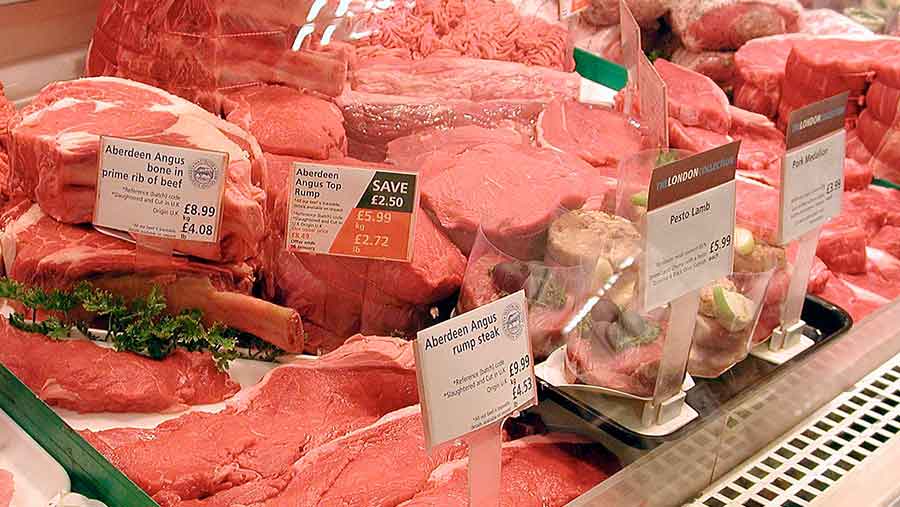 The success of Scotland’s food and drink industry – worth more than £5.5bn in 2016 – is not being felt by primary producers, NFU Scotland has warned.

The Scottish government has released statistics that show the food and drink industry is Scotland’s fastest growing sector, with exports increasing by 8% – or £421m – in 2016.

Whisky remained far by the country’s most valuable export (worth more than £4bn), but there was a 26% rise in the fish and seafood category and an 11% rise in meat exports.

Fergus Ewing, rural economy secretary, said food and drink was one of the standout success stories in the Scottish economy, with the value of sales more than doubling since 2007.

However, he pointed out a large proportion of exports went to EU countries and a hard Brexit would put that market under threat.

“These figures show the importance of retaining access to the vital European markets, which are currently worth £2.3bn to the sector and represent our largest export market,” he said.

“We shouldn’t have to face the choice between remaining as part of the UK and the EU single market.

“The pursuit of a hard Brexit is a major threat to this success and these figures show why we must work to protect Scotland’s place in Europe.”

NFU Scotland chief executive Scott Walker said the figures were being hailed as great success story and would be used by politicians to argue either for or against Brexit.

“However, few will point out that while the food and drink industry may be booming, this success is not being felt by our farmers and crofters.”

James Withers, chief executive of Scotland Food & Drink, said the goal now was to “internationalise” the food industry to extend its footprint beyond Europe.

“The game changer has been developing a national brand for Scottish produce in export markets, with industry and government working hand in hand to invest in overseas trade experts and activity,” he said.

“If we now further deepen that work, this success story has much further to go.”

Quality Meat Scotland said a recent industry survey had revealed the key markets for Scotch beef and lamb were France and the Benelux countries, accounting for 67.8% of beef and lamb exports.

Laurent Vernet, QMS head of marketing, said the organisation had been working to raise the profile of the brands in other key markets, including Sweden and Denmark.

Scottish red meat industry’s exports to Germany also increased by 23% during the year.

Exports to the Nordic countries, Poland and Baltic countries, and other central and eastern European countries also rose by 19%, 197% and 444% respectively in 2016.

Exports outside of the EU, mainly to South Africa, Hong Kong and Thailand, represented 5.4% of total Scottish red meat exports.

“The export figures published by the Scottish government are encouraging and show there are still substantial opportunities for the Scottish red meat industry to develop and grow business inside and outside of the EU,” said Mr Vernet.

“We have also been working hard with other trade partners such as Scotland Food and Drink, Scottish Development International and the UK Export Certificate Partnership to open key markets such as the US, China and Japan, which offer exciting opportunities for the future.”

The export figures have been released ahead of the launch of a new industry strategy, due on 23 March, which will outline plans to support and grow the sector to 2030.