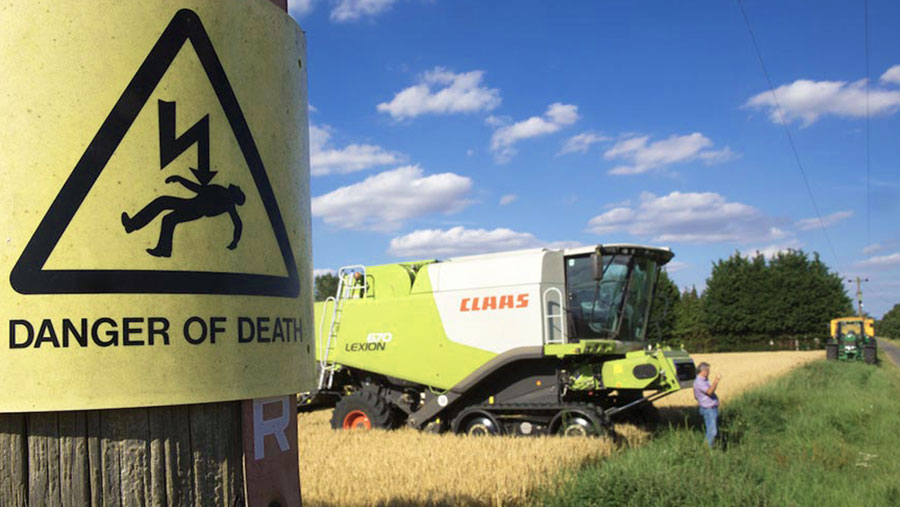 Farmers are risking fines of up to £10m and lengthy prison sentences because they are unaware of tougher health and safety laws, a risk expert has warned.

Judges could previously only impose custodial sentences in very specific circumstances, with fines in the lower courts limited to £20,000.

But laws introduced in February last year handed authorities the power to fine businesses according to their turnover if they breached the Health and Safety at Work Act.

Richard Wade of Lycetts Risk Management Services warned that farms with a turnover of up to £2m could now be fined as much as £450,000, while larger businesses, making in excess of £50m, could be forced to pay £10m.

And any individuals found guilty of breaching the law can be handed unlimited fines or face a two-year prison sentence, Mr Wade said.

The financial risks do not stop when self-employed workers or contractors are used.

“The farmer will remain responsible, to a full extent, unless they have put in place a demonstrable system of checks and balances that will pass the liability to the third party,” Mr Wade explained.

“When third parties are engaged to work, whether on a self-employed basis or as a contractor, it will be up to the farmer to demonstrate that they have taken all reasonable steps to ensure the other people are ‘competent’ and can work safely,” he said.

For farm construction projects, Mr Wade said the farmer, as the client, had specific responsibilities under the Construction (Design and Management) Regulations 2015.

“They have to notify the Health and Safety Executive [HSE] for certain works to commence and are responsible for appointing competent designers and contractors. All of which will need to be documented.

“They also need to satisfy themselves that third parties are adequately resourced to work in accordance with HSE laws and have provisions in place for emergencies such as fire and first aid.”

Despite these risks, farmers appear to be unaware of how severe the new penalties can be.

Mr Wade said he had uncovered a worrying lack of knowledge among the farming community about the Health and Safety Sentencing Guidelines – particularly that fines were now based on turnover.

“Our feedback from farmers suggests many may not fully comprehend how business-critical a breach can be.

“It is no longer a slap on the wrist and a fine amounting to hundreds of pounds. Farmers who are lax with their health and safety procedures can expect to feel the full force of the law,” Mr Wade said.

“As well as turnover, other factors are also taken into account when deciding punishment, including the level of culpability, the risk of causing harm and the level of potential harm.

“These guidelines are meant to act as a deterrent – and farmers should be aware that lapses in judgement, or a failure to take a proactive approach to safety, could cripple their operations.”

Pre-appointment questions should include: