The best farms rely on a key team of advisers for their specialist knowledge to make their health and agronomy decisions, access funding and streamline processes.

Both the candidates for farm adviser of the year have a skillset that has made them invaluable to the farms they advise, challenging norms and bringing new ideas to push those businesses.

The 2018 Farm Adviser of the Year finalists

Tom Heathcote withdrew from the competition shortly before judging. 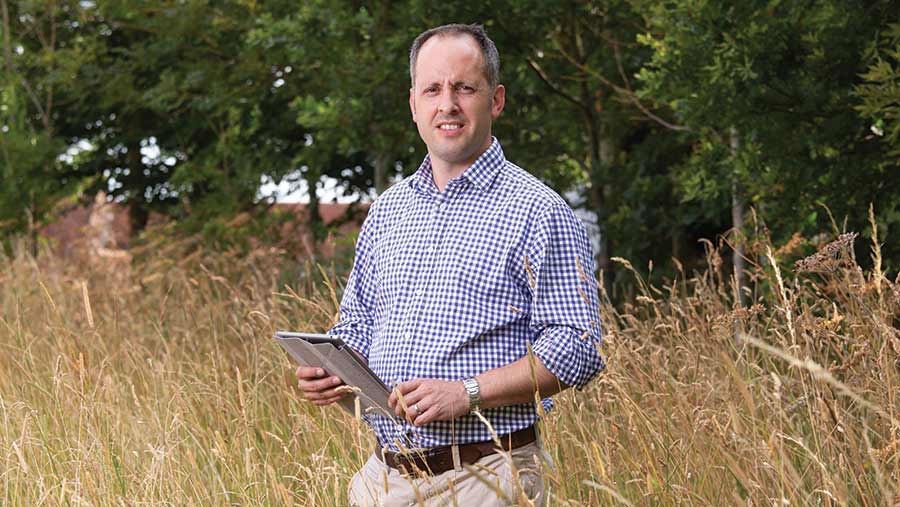 Farming consultant David Canty has managed to find the fine balance between carving a niche for himself as one of the leading advisers in health and safety, while providing as broad and comprehensive a service as possible.

This approach ensures he has the skillset to help any client in as many different situations across arable, beef or sheep farming as possible, even those with a chequered history that others might shy away from, and sees him consistently winning new clients through word of mouth alone.

Described by his clients as a chameleon, he works tirelessly to achieve their aims as if it were his own farm, while never being afraid to question whether those aims are the right ones.

David first joined the then relatively new Strutt & Parker St Albans office in 2004 after a broad and varied career in agriculture.

He wasn’t the first choice for the role, David says, but his performance since then has more than proved he was the right choice.

One of David’s strengths is being able to spot and seize an opportunity to create new business, first with the launch of Basic Payment Scheme in 2005 and the Environmental Stewardship schemes, and then latterly with health and safety policy.

Since joining, David has worked himself up to national partner in the company, and has built up a core team within his office who he knows he can rely on when his own impressively broad knowledge base runs out.

What do they do best?

David says he fell upon the opportunity provided by health and safety by accident, but quickly realised it is a huge area of risk for farming businesses – one that wasn’t being addressed by other farming advisers.

In 2013 he completed a two-week National Examination Board in Occupational Safety and Health course and has used this qualification to push health and safety forward in Strutt & Parker to win new business.

He now spends 10-15% of his time giving briefings to farms on safety legislation and what it means for both employees and employers, and how to conduct risk assessments.

He now has a regular base of annual farm visits booked in at key times, such as when students arrive on farm for harvest.

While clients now come to David to have their health and safety policies reviewed, his thorough, personable and practical approach with farm staff, born from his own time on the farm, means they inevitably call on his services in other areas of their business too.

Estate manager Al Brooks was brought in as the contractor in 2013 for one of David’s other principal clients when he realised their dream of owning a farm, facilitating a “lock and stock” deal of machinery, more than 200 head of cattle and deadstock. The farm had huge potential, but needed investment of both time and cash.

With David installed as farm manager, machinery was sold to a single buyer, older and problematic cows were culled to cut down on the number of difficult calvings and tighten the calving pattern, a sustainable rotation introduced and measures put in place to get on top of blackgrass levels.

Al says David’s approach was to have a transparent conversation, giving Al’s team the opportunity to put their stamp on the project, but ultimately having final say on decisions.

This approach means that while Al has moved on, David still completes Al’s BPS forms and has been brought in to either conduct reviews of, or establish, health and safety policies at three of his businesses.

“David wasn’t important to my business until I met him. When you start talking to a guy like David you suddenly realise there are parts of your business you should be looking at.”

“David has the ability to make himself indispensable to his clients through his broad-ranging knowledge base and attention to detail, and is absolutely focused on achieving their objectives.” 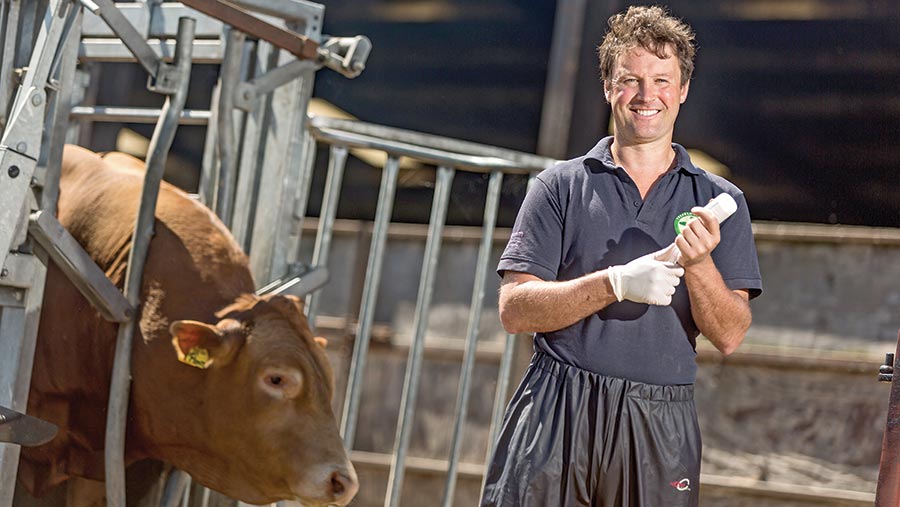 Welsh vet Oliver Hodgkinson’s dedication to driving up animal welfare standards and getting to the root cause of disease, rather than taking a firefighting approach, has seen him move from being simply a cost to his clients’ businesses to a key driver of profit.

For some of his more progressive clients he has completely taken over the role of health planning on farm, and is effecting real change; eradicating disease, slashing antibiotics use and driving up fertility rates.

But his concern about animal welfare goes beyond just the farms he personally works on. After becoming involved right at the start of the bovine viral diarrhoea (BVD)-free campaign, he still sits on the steering group for BVD Wales.

While Oliver readily admits that most of his client base was inherited when he joined independent veterinary practise Trefaldwyn Vets in 2009, with eight other practices in the area around Powys, mid-Wales, he cannot afford to rest on his laurels.

Since taking over he has been instrumental in moving the practice away from being reliant on medicine sales to instead offering health planning. His current focus is on collecting data to underpin future health decisions that will result in real change on a business’ bottom line, while always striving to ensure good husbandry is the norm.

Oliver’s approach of supplying a “good, honest service” has seen seven beef and sheep farms added to his existing client base of 200 beef, sheep and dairy farms through word of mouth last year.

This growth, coupled with a thriving small animals business at the mixed practice, has seen vet numbers double from five to 10 since Oliver took over the practice.

Despite having a busy practice to run, Oliver’s passion for British farming and veterinary practise has seen him take on a wealth of other obligations in the industry, including sitting on the boards of the British Cattle Veterinary Association, Red Tractor’s dairy sector and the BVD-free campaign, and marking 10 case study reports for vet students at Liverpool university each year.

What do they do best?

One of Oliver’s clear strengths is his ability to communicate, be that with his more sceptical clients as part of his efforts to tackle the “tail-end” of good husbandry, or to be able to draw on the wisdom of his industry peers.

When weather conditions are as challenging as they have been this year, it is all too easy as a vet to preach, he says. He has instead hit upon championing best practise among his clients as the best approach.

A monthly newsletter highlights what challenges are being seen across his client base, and what the best farms are doing – an approach he says is paying dividends.

A pub quiz held every year at Christmas is both a great way to build relations with clients and challenge farmers’ knowledge of pertinent health topics.

Welsh farmer Fraser Jones relies on a core team of three advisers to help him run his 2,000-strong dairy herd at Calcourt Farm. With Oliver on that team to provide all health planning and benchmarking, Fraser found the confidence to move all the calving to one site to help drive up welfare standards.

While the increase in movement across the farm sites has improved calf welfare, it was not helping the number of persistently infected (PI) BVD animals presenting across all sites.

Oliver used the opportunity provided by regular TB testing to tighten up on vaccination, and taught farm staff to carry snap tests to identify PIs.

The vaccination programme, combined with bulk milk tank testing and a strict culling policy, has resulted in the farm being clear of BDV for more than 17 months.

As a result, the farm’s antibiotics use has dropped by 26% and fertility has jumped by 20%.

“Oliver is dedicated to pushing up standards of farm animal welfare across the board by championing best practise. He has found a way to influence even the most sceptical farmer, while giving those that want it the confidence to push their businesses forward by utilising data and fully engaging with the wider industry.”

“The best farm advisers truly understand how to meet their client’s needs, keeping themselves up to date with the latest industry developments while ensuring they can provide a hands-on service, giving their clients the confidence to manage risks, increase profits and improve their businesses.”