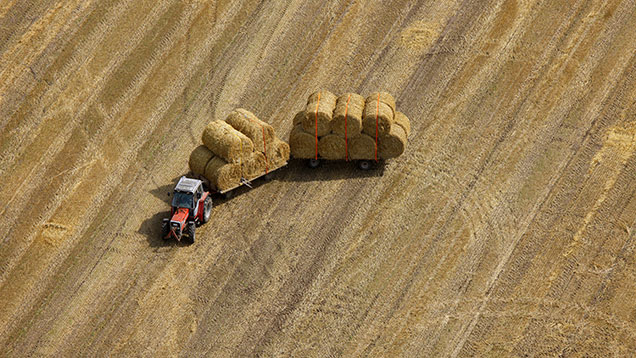 All farmgate prices could stay under pressure from strong European production this year, according to latest forecasts.

The European Commission’s new short-term outlook says there will be no let up from the high supplies that have taken agricultural markets slump to multi-year lows.

Crop areas will be down due to lower prices, though yields will return to normal levels.

Oilseed production could fall 8.5% in 2015-16 compared with the previous year.

But the 32m tonne crop would still be the second best recorded season.

In the dairy sector, EU milk production this year is expected to rise about 1% – despite the pain of lower prices.

This could be followed by another 1% increase in 2016.

Production in top dairy nations Germany, France and UK will be similar to last year or slightly higher – though 2014-15 was particularly strong.

This will be caused by more culling of dairy cows, as well as growing herds in countries such as Spain.

The resurgence of European pigmeat production will slow, as the crash in prices hits farmers.