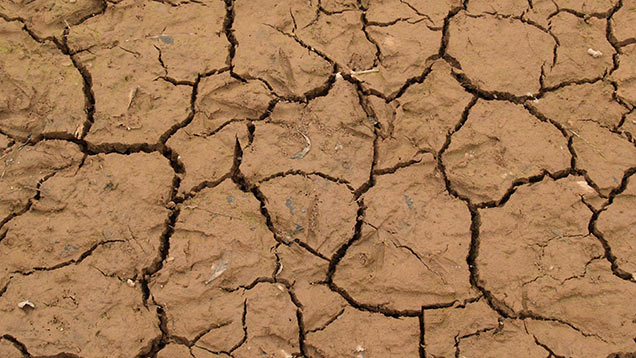 Some of England’s most productive agricultural land is at risk of becoming unprofitable within a generation due to soil erosion, says the government’s committee on climate change.

Soils are being degraded and eroded at unsustainable levels in some areas, while increasing water shortages are likely to put farming’s profitability and competitiveness at risk in areas such as the East Anglian Fens.

This has the potential to reduce agricultural productivity and lead to increased reliance on imported food, while farmers would miss out on opportunities generated by growing demand globally.

In its progress report on preparing the UK for climate change, the committee said agricultural soils were being degraded in some areas by “deep ploughing, short-rotation periods and exposed ground leading to soil erosion from wind and heavy rain”.

It continued: “Although soil erosion risk may be decreasing, the rate of loss is not sustainable as soil can take a hundred years or more to form.”

Four key areas were identified where there was climate risk and the government’s plans were either lacking or only partially addressing the issue.

These included flooding of farmland, soil fertility, ecological condition of the countryside, water demand from farming and supply chain interruptions.

There was an urgent need for the government to implement a plan of action to protect soils and more widely to be clearer on how it was going to adapt the UK for climate change, warned the committee.

“This report, highlighting how productive land is at risk, demonstrates the need to retain funding in voluntary initiatives such as Campaign for the Farmed Environment (CFE) to incentivise and support farmers who want to be leaders in protecting soils.

“Through a combination of regulation [CAP], Countryside Stewardships and voluntary initiatives the proportion of soil protected through measures such as cover crops, min-tillage, direct drilling and longer rotations continues to increase.”

“On water scarcity we need to fast-track planning approval for natural irrigation systems like on-farm reservoirs to reduce demand on the water supply.

“This has to be done before any radical or damaging changes are made to the rules on how much water farmers can abstract to irrigate their crops.”

Trevor Mansfield, head of policy at the Soil Association:

“For the first time, this report highlights the critical red list status of British soils, threatening our climate and future food production.

“Estimates suggest that during the storms and heavy rainfall in the winter of 2013-14, every 10ha block of degraded land under maize stubble produced the equivalent of 15 Olympic swimming pools (more than 375m litres) of additional run-off.”

Help to adapt your farm to climate change

The Climate Ready Support Service, led by the Environment Agency, provides advice and support, while the Farming Advice Service runs events for farmers and advisors on the impacts of weather scenarios on different farming businesses.