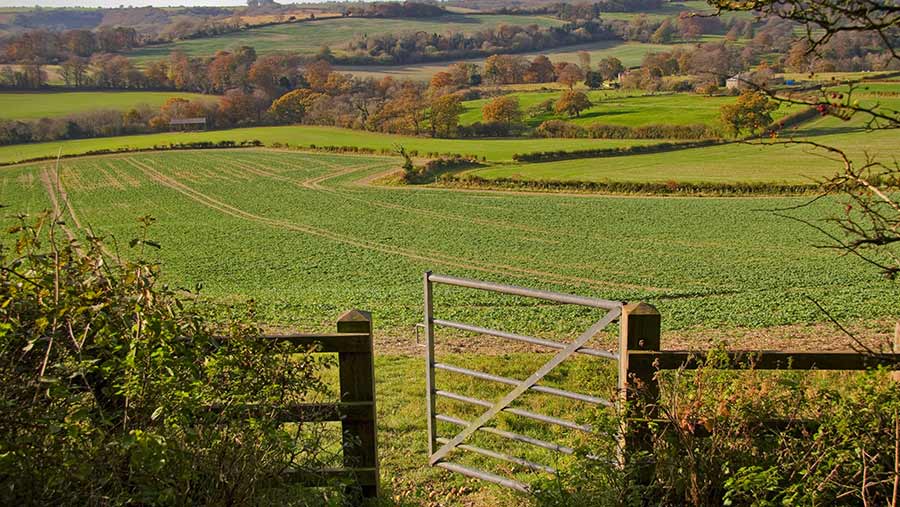 Figures out today will add weight to concerns that farmland values have not only slowed but actually started to fall.

The average value of bare agricultural land in England fell 1.7% in the last quarter of 2015, compared with the previous quarter, from £8,306/acre to £8,165/acre, according to Knight Frank’s Farmland Index.

In Scotland, the average value of bare land fell 1.5% to £4,366/acre in the second half of last year compared with the first six months.

In England this was the first quarterly fall on the index since the end of 2012. However, the value of farmland across 2015 still rose 3% overall, but in Scotland it fell 1%.

In September, Knight Frank reported that values had started to slow and the price of English farmland had nudged up just 0.5% in the third quarter.

At the time, Savills’ initial assessment of the third quarter of 2015 indicated that the average value of all farmland types across Great Britain had dropped 0.5% during the year to £7,340/acre and prime arable land had fallen 2.4% in 2015.

Andrew Shirley, head of research at Knight Frank, said there were a number of reasons for the fall in farmland values.

“The continuing run of low commodity prices had to have an impact on buyer confidence  at some point – feed wheat is worth just half of what it was fetching just  a few years ago and many dairy and livestock businesses are struggling  to remain profitable.

“But the fact that land values have held up so well indicates that commodity prices are far from the most important driver of the land market.

“Uncertainty about the outcome of the EU referendum, likely to be held this year, will also be holding back some potential buyers concerned about  the impact of a Brexit.

“The delayed payment of agricultural subsidies to some farmers and a potential hike in interest rates will also have dampened spirits.”

Knight Frank said it was not predicting a long run of price drops and that if UK membership of the EU was retained, farmland values could start to climb again.