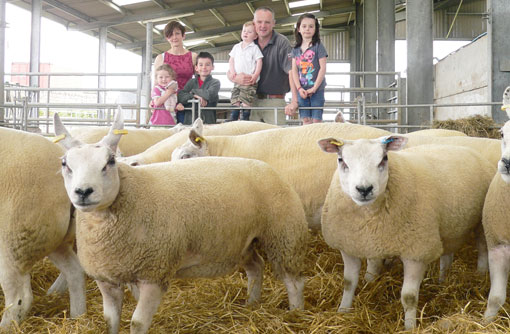 Fearn Farm first featured as a Farmers Weekly Management Matters Farm in 2006. Since then, both family and business have taken some big steps. The Scott family has grown, with the birth of Archie in 2009 to join siblings James, Lexie and Izzy.

Over the same period, investment has included new cattle housing, a grain dryer and the sale of several building plots in the village of Fearn. New cattle-handling equipment has also been bought and is awaiting installation.

Investment has not only improved overall asset value, but also helped to reduce risk by diversifying income and improving farming efficiency.

Further plans include conversion of the farm’s disused mill for holiday lettings and the construction of six starter homes in the village. Planning permission has also been granted for two 20kW wind turbines.

The partners in the family farming business have also been moving forward, with John, Fiona and the children moving to the main farmhouse in 2009 after extensive renovations.

John’s parents, James and Janet, moved out of the farmhouse to a new-build house close by, remaining fully involved in the business.

John started buying cattle for the farm when he was just 17 and is grateful for having been given responsibility so early. With this is mind, he says it is time for him to be thinking about the next generation, too.

“The way I view it, we are just custodians for one generation – we now have the house and in time it will be someone else’s turn to improve not just the house but the business, too.

“We sat down seven or eight years ago and came up with a hit list of things to do before 2013 when the next CAP reform is due,” says John.

“We haven’t got the borrowing down as much as we would have liked, but we’re on the right track. And we’ve probably invested £500,000 in property in the past six or seven years.

“It has to be the aim to farm without subsidies. If we could invest a sum equivalent to our SFP every year, that would be good.”

On the technical front, lamb finishing is being achieved in a shorter time, while a change to outwintering the ewes has reduced labour requirements. Further improvements include electric fencing around the farm and reseeding is up to date.

“The farm is producing just about as much as it can, but it’s important that we arefarming in an environmentally sensitive manner and we have plans in for a new SRDP environmental scheme.” 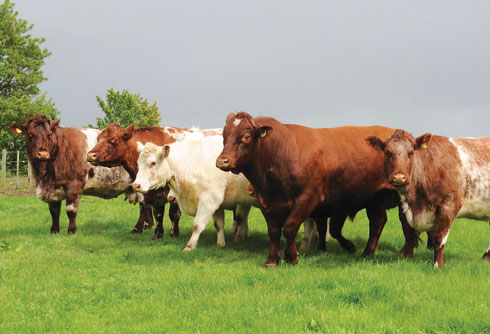 Looking ahead, better grain and stock marketing are further aims and John intends to make better use of management information. “Our recording has improved but we don’t do enough close analysis of records and accounts; we could do more proactive accounting.”

Tight staff numbers have limited the time available for this, although being a Monitor Farm made the Scotts look closely at costings in preparation for regular visits from the group of farmers, bankers, accountants, suppliers, vets and other advisers.

“We got tremendous benefit from being part of the Monitor Farms project,” says John.

“One of the objectives we set was to get a better life balance with a bit more time off. While we’ve achieved that to some extent, part of the problem is that we keep taking on more projects.”

The way I view it, we are just custodians for one generation.

There’s no doubt that running so many projects, both agricultural and non-agricultural, now and over the past few years has moved the business forward.

However, it also soaks up a huge portion of John’s time, both in physical work and in the planning, both of which he likes to execute to a high standard. This week sees him hard at work backfilling bases for the new houses.

“The biggest role for me at the moment is the management role and that’s why we’re looking for staff, because we have so many eggs in different baskets – we’re looking for guys who will grow with us as the business grows.”

“We almost need half a person’s time in the office just to cover the paperwork, apart from all the office work Fiona does.”

Updating the farm’s website, which showcases the holding and the breeding stock, is another time-consuming task but one that John says doesn’t get done often enough.

However, he is unlikely to get more time in the office in the short term because last month saw the farm’s one full-time, non-family staff member, George Shearer, leave Fearn Farm to return to a digger driving job – a loss for John and the rest of the team.

One of Fearn’s most important and growing outputs is the sale of breeding stock. These have grown while sheep numbers overall have doubled since Farmers Weekly began reporting on the farm.

A successful Stirling sales this year saw six Fearn Shorthorn bulls sell for an average just below 6,000gns and to a top of 9,500gns.

More than 40 Shorthorns will be going to the bull this year, with the herd continuing to expand, probably heading for about 100 cows. However, high breeding stock prices are limiting the pace of that expansion. “Trade has been so good; we’re being pretty hard on what we keep,” says John. 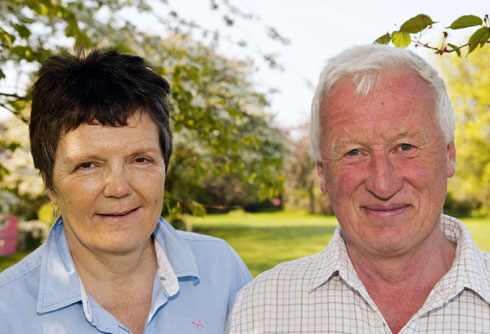 Huge thanks from Farmers Weekly to all the Scott family who have given their time over the past six-plus years.

Plans are moving gradually on for Fearn’s first on-farm sale, which will see 40 to 50 home-bred tups sold on 24 August by Dingwall & Highland Marts. On offer will be Texels, New Zealand Suffolks, Easycare, Charollais and Beltex.

Marketing this year’s finished lamb crop is just starting, with the first 23 head making £91 against a first batch last year at £135, so the lamb market is being watched with some apprehension.

Being a Farmers Weekly Management Matters Farm has definitely had benefits, says John, possibly helping him get some more grazing ground after he mentioned needing more acres in one of the articles.

“It’s helped to keep our profile out there, especially for the breeding stock – it hasn’t been negative in any way, it’s been positive.”