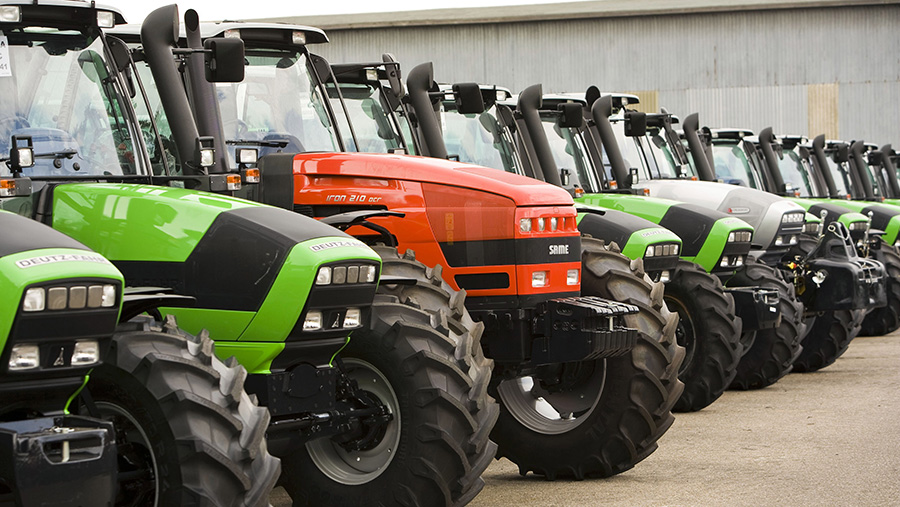 Farmers should consider whether the new five-year tax averaging option should be used to help fund machinery purchases and reduce this year’s tax liability.

Mike Butler, senior director at accountants Old Mill, said while many businesses were under extreme financial pressure, and would be giving serious thought to any possible investment, the new tax rules could help.

From 6 April 2016 farmers operating as sole traders or in a partnership are able to average the tax year 2016-17 with the previous four tax years.

Previously, they have only been able to average over a two-year period.

“Most farmers will have suffered a serious downturn in profitability in 2015-16 and potentially 2016-17 – but averaging back will merge that with more profitable years,” says Mr Butler.

“Any profits brought forward from previous years will generate tax refunds, which could ease cashflow during the current difficult period.”

Bringing past profits forward meant there was a danger that farmers would face an income tax liability this year as a result.

“In that situation, it could present an ideal opportunity to invest in the farm, and take advantage of the 100% Annual Investment Allowance for 2016, potentially slashing your tax bill to nothing,” he said.

Mr Butler stressed he would never advocate buying machinery purely to save tax.

“But a lot of businesses need to keep their machinery up-to-date or else they will soon become exposed to excess farm repairs and lack of reliability.

“If a machine is going to be changed then understanding how to get the most tax relief out of it will make all the difference.”

Mr Butler said given the difficult financial climate farmers faced it was important they had a clear picture of where their business was going before making any investment decision.

Looking at two-year cashflows was one way of testing the strength of the business and to identify whether there would be particular pinch-points.

“If you know where those pinch-points are then you can pre-empt them with the bank,” he said.

“My one piece of advice is to open your eyes so you know what your business is going to be like over the next 12-18 months.

“If a farmer can dedicate half a day to sitting down with their accountant, they can have pretty clear visibility into what their business can and can’t do by the end of it.”