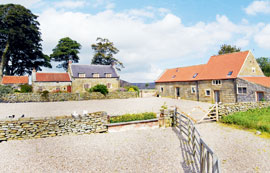 Demand for land is showing no signs of the post-Christmas blues, with agents anticipating keen interest in several smaller farms and blocks of bare land due to be launched in the next few weeks.

January has got off to an unusually busy start, reports Stephen Rutledge, of Fisher German’s Thame office. “We seem to be bucking the trend – judging by feedback there is no shortage of demand for winter-launched properties.”

Lower Green End Lane Farm, Granborough in Buckinghamshire, consists of 40ha (100 acres) of grade 3 permanent pasture and a three-bedroom farmhouse. There is permission to demolish this and build a bigger home.

The ring-fenced farm has been subject to considerable improvement, including hedge restoration and new fencing. “The farm certainly has commercial appeal, but will also be of interest to lifestyle and equestrian buyers as well as developers,” said Mr Rutledge.

Although likely to go as a whole – the guide is £1.4m – the farm could be lotted two ways: 70 acres of land and buildings and the house plus remaining land.

Mr Rutledge also expects strong demand for a 59-acre block of arable land near Ludgershall in the same county. The land, some of which is currently under a grass ley, is ring fenced with good road frontage and is for sale as a whole for £400,000 or in three lots. SPS entitlements are available by separate negotiation.

“This is a big enough block to travel a few miles to, so it will be of interest to local and regional farmers,” said Mr Rutledge. (Fisher German 01844 212004)

In Shropshire, Carter Jonas is launching Church Farm, Astley, near Shrewsbury. It has just over 157 acres of arable land, mostly grade 3 and drained, divided into good field sizes with good access.

Ponds, woodland and a stream add to the amenity value, said the agent. A large steel portal-frame building is used as a grain store workshop, storage and chemical store.

The brick and tile four-bedroom farmhouse was built in the mid-1980s and is subject to an Agricultural Occupancy Condition. (Carter Jonas 01939 210171)

Two North Yorkshire properties are about to be launched by Strutt & Parker. Foulsyke Farm (pictured above), on the North York Moors near Whitby, runs to 170 acres of grade 4 pasture and on 30 acres of woodland.

The property also has four holiday cottages converted from traditional farm buildings let under an agreement with a national operator, which runs until spring 2013.

Foulsyke would appeal to commercial and lifestyle buyers alike, said agent Claire Whitfield, of Strutt & Parker’s Morpeth office. “The package will appeal to a self-sufficient commercial couple. But the farm would be equally suitable to a lifestyle buyer who wants to let out the land.”

The fields are registered as organic. The agreement ends in May, so the new owner could renew this option or revert to conventional production. Part of the land has been used for arable production in the past.

Farm buildings include a large sheep handling shed and a general purpose building. The 17th century four-bedroom farmhouse is Grade 2 listed and has recently been renovated. Foulsyke Farm has a guide price of £1.8m.

By contrast, another North Yorkshire offering, Low Mills Farm, Boston Spa near Wetherby, was one for the investment buyer, said Ms Whitfield.

The 117-acre let farm is subject to an AHA 1986 tenancy and is currently down to grass, although some land could be ploughed. All fields have water and good access via tracks or road.

The whole includes a four-bedroom stone farmhouse and a good range of farm buildings. Low Mills Farm produces a rental income of £7,500 a year and carries a guide price of £670,000.